Red Bull designer Adrian Newey is "excited" by the new bodywork regulations to be introduced for the 2017 Formula 1 season, according to Christian Horner

This year, he has been splitting his time 50-50 between Red Bull and the Aston Martin road car project, which he began working on at the start of 2015.

"He's excited by the regulation change for '17 so he's splitting his time between the two projects," said Red Bull team principal Horner.

"Once the Aston Martin project is into a detailed design phase, he tends to stand back at that point.

"He's very heavily involved obviously in the '17 car as well."

When asked if Newey will return to F1 full-time once his work on the Aston project ends, Horner said: "His time during any week or month varies.

"It depends on what the priorities are.

"He has a tremendously high work rate.

"But we have some enormously capable people on the F1 team who have had that little bit of breathing space as well, that have used that to great effect with for example the current car."

"Our priority is grand prix racing," he said.

"This project is an excellent way of showcasing our engineering skill and realising an ambition of Adrian, as well as the commercial benefits that come from being involved in a brand such as Aston Martin.

"We're providing a service to Aston Martin that was within a bespoke department and this has been going on for 18 months now.

"RB12 is the first car to come out of that way of working and it's obviously been a pretty successful car." 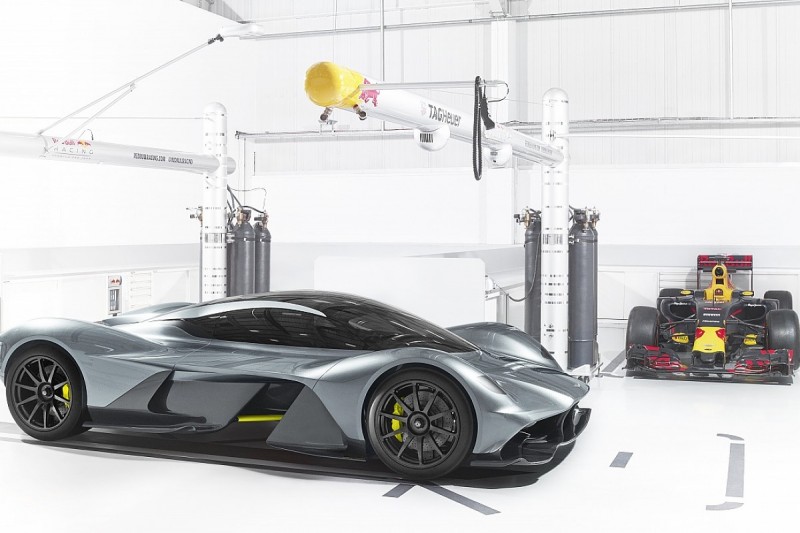