Red Bull's Adrian Newey has backed Formula 1's proposed 'shield' cockpit protection solution over the halo, but says time is running out for teams to incorporate it into 2018 designs

After F1 teams evaluated the halo last year, the device was shelved as the FIA's preferred method and replaced by the shield, with a view to its introduction next season.

It will be tested later this year in practice sessions from the Italian Grand Prix, with talks between teams and the governing body about the concept having continued in Monaco last month.

Newey, whose team led development of the aeroscreen last year, says he would be happy to see the shield mandated for 2018, as long as there are no visibility issues or other problems.

"I think it's a better solution than the halo, that's for sure," he told Autosport.

"I think the first thing with the shield is to check the visibility, to see if it's a viable option.

"If the distortion is too much, then it's a non-starter, obviously.

"In terms of then having a closed cockpit, I don't think that's such a big thing to be honest. 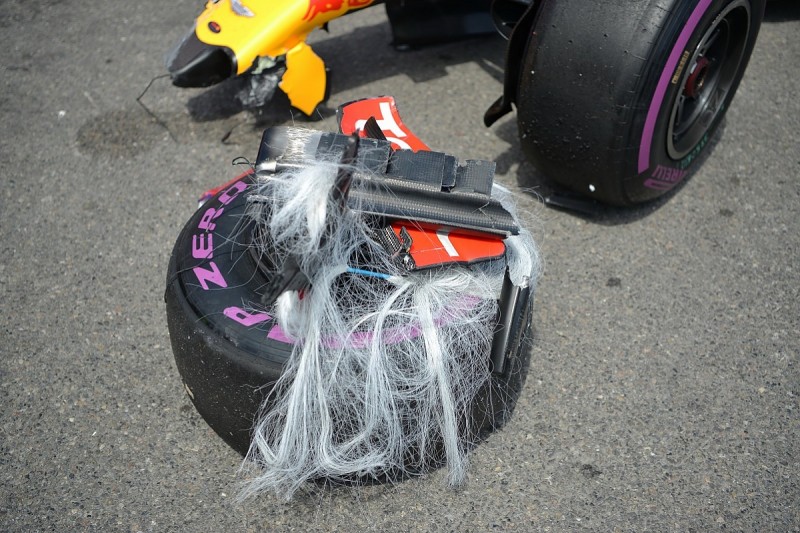 Newey suggested work should also continue on reducing the risks associated with lost wheels and other major parts, beyond a single cockpit protection device.

"I feel that there are things that can be done to minimise the risk, particularly from flying wheels or debris," Newey added.

"The tethers on the wheels aren't 100% at the moment, we still occasionally see wheels coming off.

"IndyCar has tethered other things, such as the front wing, nosebox and rear wing, and so forth.

"That seems to me to be a good interim solution.

"We've raised it, but there's not been a lot of action so far. I guess it's all in discussion."