Daniel Ricciardo reckons Red Bull is within half a second of Mercedes, and claims its testing programme was the best he's experienced with the Formula 1 team

Ricciardo was cautious when questioned on Red Bull's pace relative to F1's reigning champion outfit, claiming the gap is less than 0.5 seconds, but he is unsure of the exact margin of Mercedes's advantage entering his home grand prix.

"From testing, it looked like less than half a second," said Ricciardo.

"I am not sure how much less. But less than half a second."

All three Renault-powered teams were hit by engine difficulties in pre-season testing, with the French manufacturer admitting it was aware of a problem with its ERS that was "magnified" on track.

Ricciardo downplayed the impact of that, saying that the testing programme was the best he's experienced since joining Red Bull in 2014, and that the speed trap data suggests the revamped engine is strong.

"I had a few hiccups during testing but it was nothing dramatic," added Ricciardo.

"Looking at the last few years, at least while I have been with the team, winter testing has never been flawless for us.

"This year was probably the best one in my time with the team.

"Throughout the season maybe things will happen, you have to be prepared for that, but we are coming here pretty confident, I would say, with that.

"We know we will not be as quick in a straight line but we are closer than where we were last year.

"We will see when everyone has it turned up this weekend." 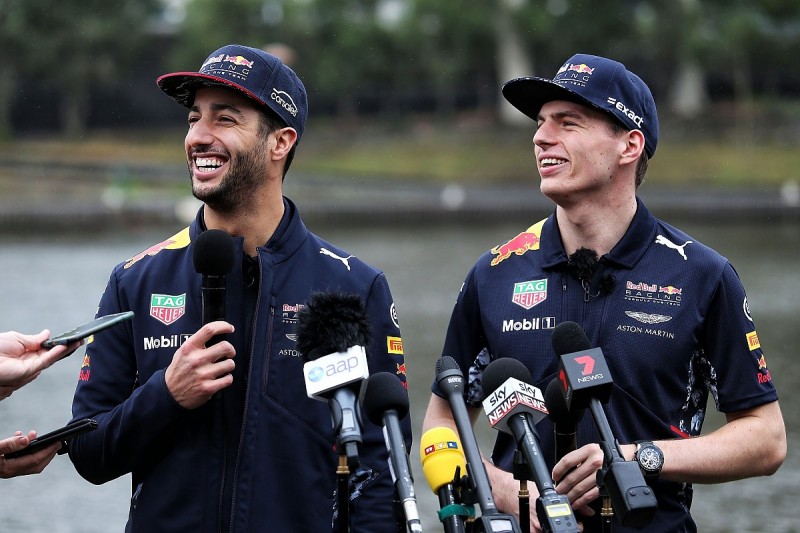 "There were definitely some positives [from testing]," he said.

"We need to improve, but everyone wants that all the time, especially with the new regulations this year.

"There is still a lot of opportunity to improve the car.

"With these cars you can develop more than last year's car where you already had a few years before of developing around the same kind of philosophy.

"Sometimes maybe the start can be not as good but you can develop it very quickly and change it.

"The car is not bad but we can definitely improve."