Sebastian Vettel's dominance of the Singapore Grand Prix has prompted speculation - fuelled by comments made by former team boss Giancarlo Minardi about the sound of the car - that Red Bull could be breaking the rules.

But Horner has said his team does not take such suggestions seriously, and thinks any outfit that tried to run traction control would be crazy.

"You would be fairly stupid to introduce traction control on to a car that is governed on a single ECU, which is done through a tender of the FIA and which is scrupulously checked by the FIA," said Horner.

"So, I cannot imagine any team in the pit lane would do it."

Horner reckons that the emergence of the claims owes more to rivals needing to find an explanation as to just why Vettel and Red Bull were so quick in the last race.

"I think the problem is that Sebastian's performance was so dominant in Singapore , it will inevitably raise questions of how is that possible," he explained.

"Other teams will be looking inwardly and the easiest conclusion to come to is that they [Red Bull] must be cheating.

"But these things are so tightly controlled that it is impossible. The facts are he drove an incredible race in Singapore. He had incredible pace.

"He maximised the most out of the car, and was a driver at absolute peak form. Is it [traction control talk] a distraction? No. Will we lose any sleep over it? Absolutely not."

Vettel himself also brushed off talk of his outfit doing anything illegal, and said that any clever engine mapping his team used was something he and his team should be praised for.

"We are pretty proud of the system we have because other people will never figure out how we've done it," he said. "Constantly we try to improve the car. That's part of the homework that we have to do." 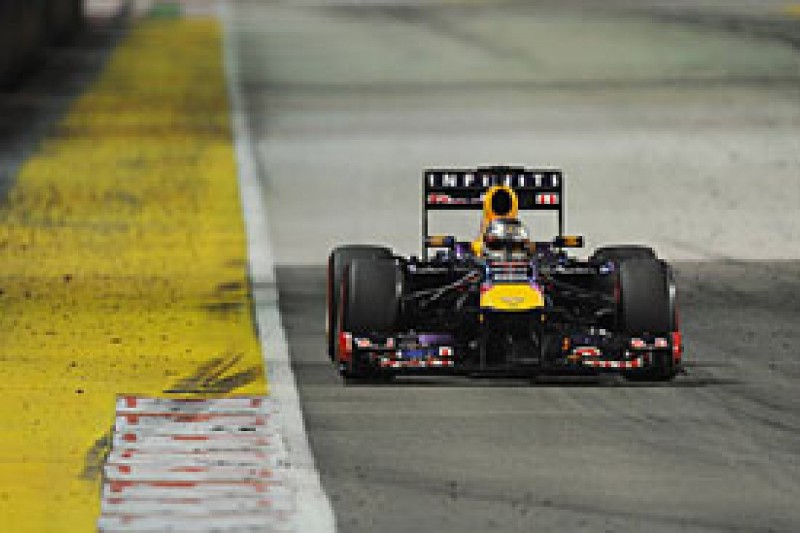 Fernando Alonso, who is Vettel's main rival in the championship, said that hearing strange noises from the Renault engines in Singapore was nothing new.

"I think the different engine noise has been there all year with Red Bull," he said. "It's true that in Singapore it's maybe more obvious because it's a street circuit and people can watch in the corners.

"But if you went to the winter tests in Barcelona, in the corners, the Red Bull had a different sound. So they are using something different compared to the other teams, but it's something that is completely okay [legal].

"They pass all the checks in the races on Saturday and Sunday so they are completely okay and it's up to us to do a better job and to maximise the potential."