Ferrari had looked quickest in Sepang practice, but engine problems consigned Sebastian Vettel to the back of the grid and then eliminated front row qualifier Kimi Raikkonen before the start.

Though Vettel came through from last to fourth, Red Bull team principal Christian Horner was certain Max Verstappen's dominant victory would have been achieved regardless of what happened to Ferrari.

"I think we had the pace on all the cars," said Horner.

"Sebastian was quick at the end of the race because he ran his race back to front [using super-softs at the end].

"But I didn't see any pace in clear air that they had on the super-soft or soft tyre that was quicker than what we were capable of doing. All weekend the car has been in very good shape."

Though Horner said Red Bull "felt we would be in good shape", he admitted its race pace had been "quicker than anticipated, to be honest".

He added: "The car was very good on its tyres on Friday, very quick in the high speed.

"You can see we were running slightly less downforce than the others, we don't have the T-wing here for example, and we have found a very good set-up.

"Plus the drivers have delivered their bit." 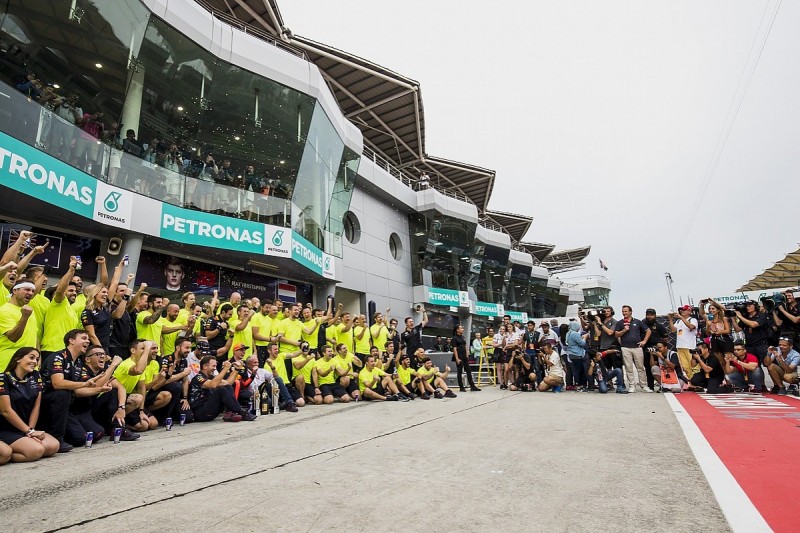 Asked if the Sepang performance left Red Bull expecting more wins in the remaining races this season, Horner replied: "For us, each race is like a Cup final and we will just go for it".

Verstappen's Malaysia win was his first since his shock triumph on his Red Bull debut in Spain last year.

Horner thinks his second F1 victory will have been more satisfying, particularly as he has had a luckless 2017.

"Spain was a fairytale because the first time he jumped in the car he won the race," said Horner.

"But it was quite a strategic race.

"He has endured so much bad luck this year.

"In motorsport, you have good days and bad days and he has had quite a few bad days this year.

"It makes you appreciate the good days even more."