Red Bull says it "desperately" needs Sergio Perez to be mixing it at the front of the Formula 1 field if it's not to keep losing strategic advantage to Mercedes.

Max Verstappen led much of last weekend's Spanish Grand Prix from Lewis Hamilton, but his Mercedes rival had enough of a gap behind him to switch to a two-stop strategy without losing track position to another team.

The tyre advantage Hamilton gained from the fresh rubber was enough to allow him to close the gap and eventually overhaul Verstappen for the win.

Red Bull is under no illusions that if it is to take the fight to Mercedes, then it cannot afford to give its main competitor such strategic options – and for that to happen Perez has to be there to compromise what choices the German manufacturer has.

Horner understood that Perez’s Spanish GP weekend had been derailed by a shoulder problem that hit him on Saturday, but equally was aware of the impact of not having two cars up there.

“I think it's coming together for him,” said Horner about Perez.

“He had an off day [on Saturday] and he was compromised in the race behind Daniel [Ricciardo].

“Obviously then he didn't manage to make headway at a track [that] was so difficult to pass, because we desperately need him to be in that gap, so that Mercedes don't have the strategic options that they had.

“I'm convinced that that will come for Checo as he finds more confidence, and time in the car.”

Verstappen himself told Dutch channel Ziggo Sport on Sunday night that being "alone" at the front was not a good situation.

“Then, of course, at some point you just don’t stand a chance any more.

"And in the end I am always alone in the fight. So they can easily just make another stop, because there is a gap behind them. That doesn't help either, of course.” 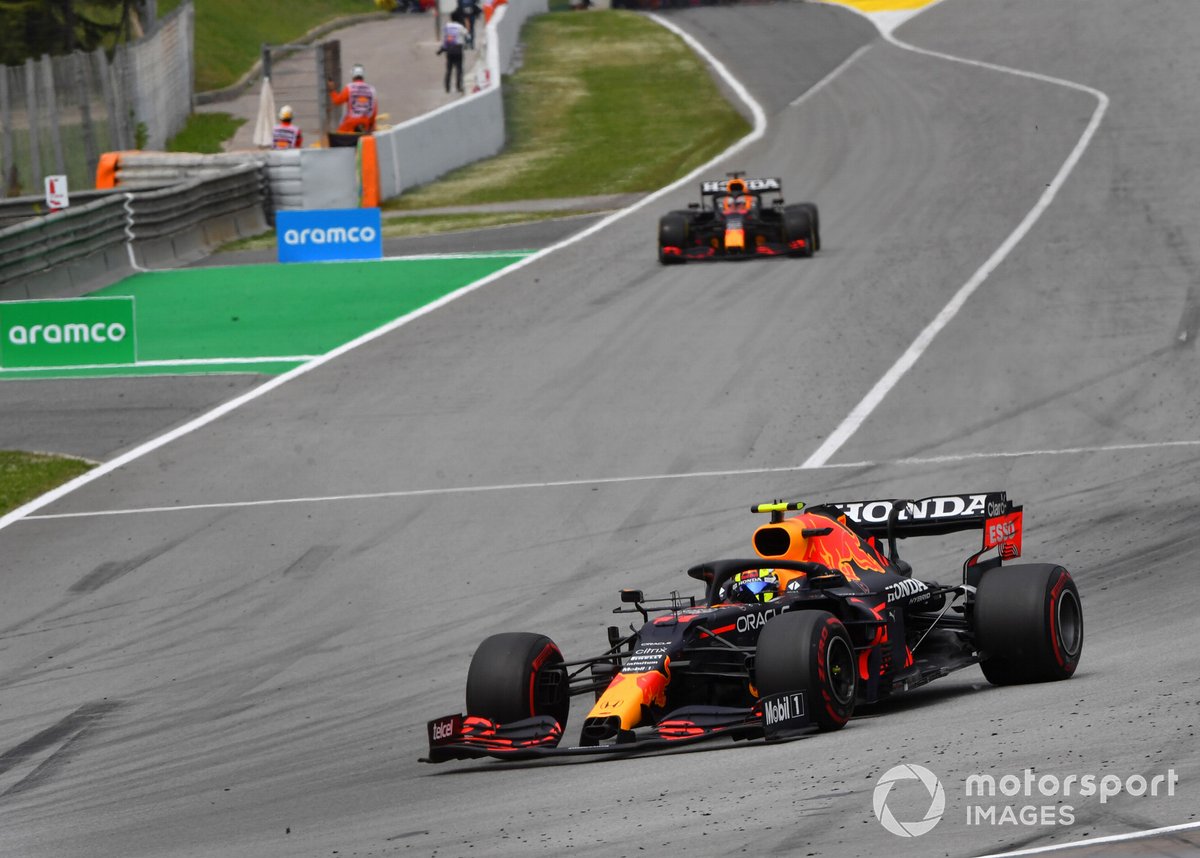 Asked about Perez doing more, Verstappen said: “Then at least they can't make that second stop. Then it's just about who has the best tyres left at the end. But yeah, it is what it is.”

The situation Red Bull faced at Barcelona was almost identical to Hungary 2019, when Hamilton had free space behind him in a similar battle with Verstappen thanks to Pierre Gasly not being quick enough.

The world champion pitted for new tyres and came back to win in identical circumstances.

Horner made reference to the Hungary repeat over team radio to Verstappen at the end of the Spanish GP.

Speaking about the similar circumstances, Horner said: “The facts are very clear that obviously the two lead guys were so far ahead of the rest of the pack as it were, that Lewis had a free stop as he had in Hungary.

“He only had to get past his teammate, and that was never going to be an issue. So that's why we need both cars up there strategically, so that option isn't available to Mercedes.”