Mercedes has called for Red Bull to be given further punishment on top of Daniel Ricciardo's exclusion from the Australian Grand Prix, with Formula 1's ruling body set to deliver its verdict tomorrow

Mercedes QC Paul Harris, who played a major role in proceedings through rules allowing rival F1 teams to participate in such hearings, is adamant that Red Bull does not have grounds to appeal and twice reminded the appeal court that it had the power to re-visit the original stewards' decision.

Under provisions in the FIA's International Sporting Code, the court has the right to give further punishments should the appeal not be successful.

Harris cited the BAR-Honda case of 2005 - in which the team was excluded from the San Marino GP and banned for a further two races, along with further race ban suspended for six months - as a parallel situation and argued that to ensure there is no repeat of Red Bull's offence a suspended punishment of some kind is necessary.

"We are, frankly, and with great respect, concerned that Red Bull have shown such a flagrant and deliberate disregard for these rules that there is a real risk they will do it again," said Harris in his closing statement.

"We are here to seek to ensure that that does not happen, we must have a level playing field going forward for the remainder of the season.

"We apprehend that the other teams represented here today [Lotus, Williams, McLaren and Force India] take the same view, which is why they are here today.

"We respectfully submit that the most effective way to ensure that Red Bull do not flount further instructions from the FIA is for this court to recognise the severity of their infringement and to impose a further sanction upon them which is to be suspended for the rest of the season, so that they are acutely aware."

The FIA's legal representative in the hearing, Jonathan Taylor, insisted that Red Bull has offered no grounds for its appeal to succeed.

A key tenet of the Red Bull case was that technical directives, such as TD/016-14, which was issued on March 1 and allows teams to measure fuel-flow using their own model only with the permission of the governing body, are not binding, but Taylor insists this is not the case.

He cited the fact that it is only by adhering to the technical directive that teams can prove compliance with the technical regulation, as demanded by Article 3.2 of the FIA sporting regulations.

"The most important point of this appeal [is] the technical directives because that is how you are told to demonstrate compliance," said Taylor.

Red Bull stressed throughout the hearing that, as stated at the bottom of all technical directives, such documents represent the opinions of the FIA's technical department and are therefore not binding. 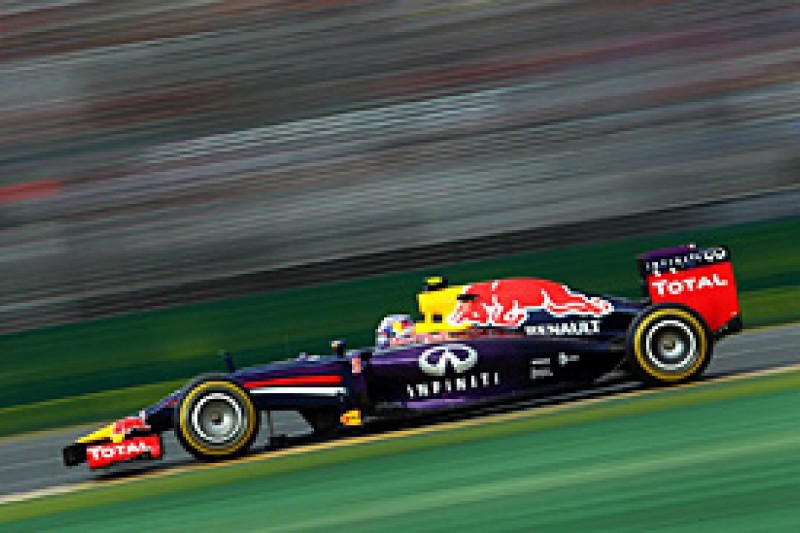 This, combined with the fact that it asserts that it has proved that the 100kg/h maximum fuel-flow rate was therefore not in breach of technical regulation 5.1.4, is its grounds for the appeal being successful.

This stance comes even though Red Bull admitted to disregarding the FIA's instruction to use the sensor reading with an agreed offset during the race.

"We say that there was strong evidence before the stewards that this FFM was unreliable.

"You will recall that passage in the technical directive, if it is obviously unreliable then it is correct to use the secondary method or the backup measure.

"We say that it was unreliable and therefore we were entitled to use the secondary measurement."

Bottas already the real deal, according to Williams F1 team