It was announced ahead of the Tuscan Grand Prix at Mugello that Vettel will join the Silverstone-based squad next year in place of Sergio Perez, following a difficult few seasons in which the four-time world champion has been usurped within Ferrari by Charles Leclerc.

Green says that both parties will benefit from the move, as Vettel - whose 53 career wins puts him behind only Michael Schumacher and Lewis Hamilton - can bring knowledge of how to win races and championships, while the team can help him to rediscover his best form away from the pressure cooker environment of Maranello.

He will be the first grand prix winner to drive for the squad since it re-signed Giancarlo Fisichella from Renault during its previous guise as Force India in 2008 and only the fifth in the long history of the team originally known as Jordan after Thierry Boutsen (1993), Damon Hill (1998), Heinz-Harald Frentzen (1999) and Jean Alesi (2001). 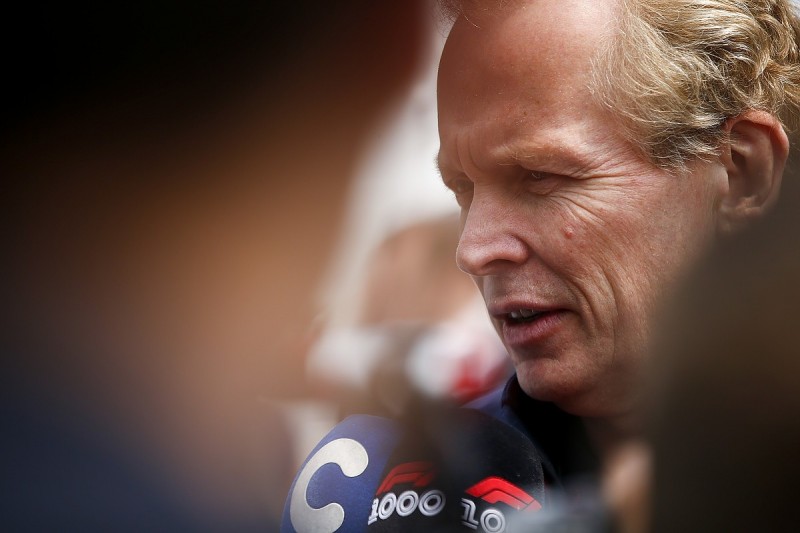 "And conversely, I think we can help Seb as well. I think he's not in a great place at the moment in his head.

"We are very driver focused as well.

"We take a lot of time to understand our drivers and work with them, and we form a really strong relationship and bond with our drivers.

"We take out all the politics and it just allows them to focus on driving the car as quickly as possible. And I think we can get Seb back into that place."