Although the Silverstone-based outfit has been a regular points-scorer this year, both Sergio Perez and Lance Stroll have struggled to extract the maximum out of their cars in qualifying.

The team says one of its biggest issues is finding a good balance for the car, as it is struggling to find consistency in performance over a whole lap which has a big impact on how it uses its tyres.

"Those two things are the biggest things.

"I think tyres, we are quite working well with them.

"But it is more the balance and load at the moment that we really trying to make better." 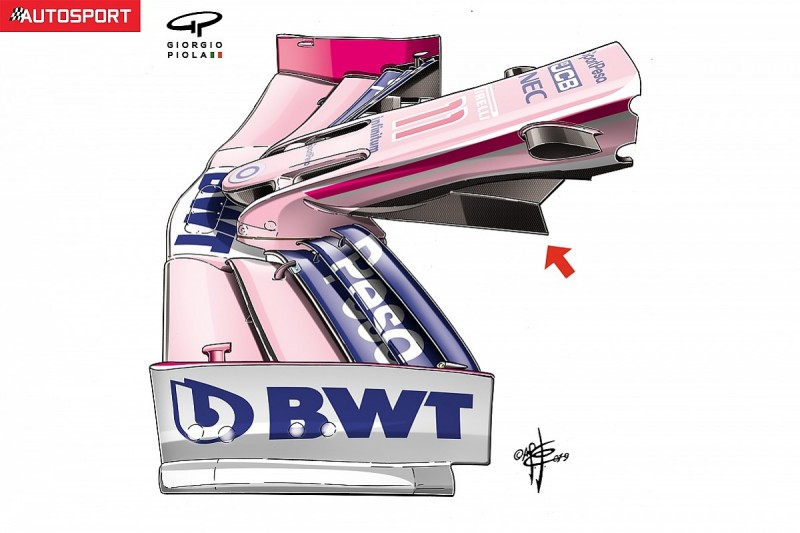 Racing Point introduced a new under-nose cape last weekend in Canada - which prompted the need to raise the nostrils on its nose - in a bid to help improve the car's balance.

The cape, allied to the nose changes, will have helped direct airflow further down the car as well as accelerate air over the front wing's neutral section and so help shift the aero balance forward.

However, the team only ran the new design in practice and elected to revert to its previous specification for qualifying and the race.

Evaluating new components on Friday in Canada is always hard, though, because track evolution is high, which makes it hard to properly judge the impact of certain changes.

Technical director Andy Green is clear, however, that the team thinks there are gains to come if it can make its revised layout work.

"We believe that if we can get a better balance, we can look after the tyres better and that is just performance," he said.

The tech misconception that has Mercedes giggling