Promoted: Why the engine dyno has become so important in F1

For the first time since 2008, the French Grand Prix is back on the Formula 1 calendar and anyone with a feel for F1 history could be forgiven a faint smile at the the return of the fabled Paul Ricard circuit

Not since 1990 has Ricard hosted the French GP - it was run at Magny-Cours in central France from 1991 to 2008 - and this challenging track that almost overlooks the Côte d'Azur is an altogether more evocative affair.

Famous for the kilometre-long Mistral straight that was the hallmark of its original layout, modern-day Ricard has been tamed somewhat by the introduction of a chicane half-way along its length.

But it nonetheless presents a significant technical challenge, as cars powered by 1.6-litre V6 turbo hybrid engines from Ferrari, Renault, Honda and Mercedes are expected to reach top speeds of 215mph before braking for the left-right chicane that punctuates what was once a flat-out drag from Turn 6 - Virage de la Sainte Baume - to the ultra-fast Turn 10: Signes.

Sustained high speeds like these, repeated over a race distance of roughly 300km, place huge demands not only on the outright performance of an engine, but also on the cooling and lubrication systems on which it relies.

Internal engine components such as pistons, spinning to a maximum of 15,000 rpm, rely on efficient heat dissipation to ensure their consistent performance throughout their working life. The vibrational loads to which they're subjected at constant high speed makes them 'critical' components: vital for the engine's function, but subject to exceptional stress. 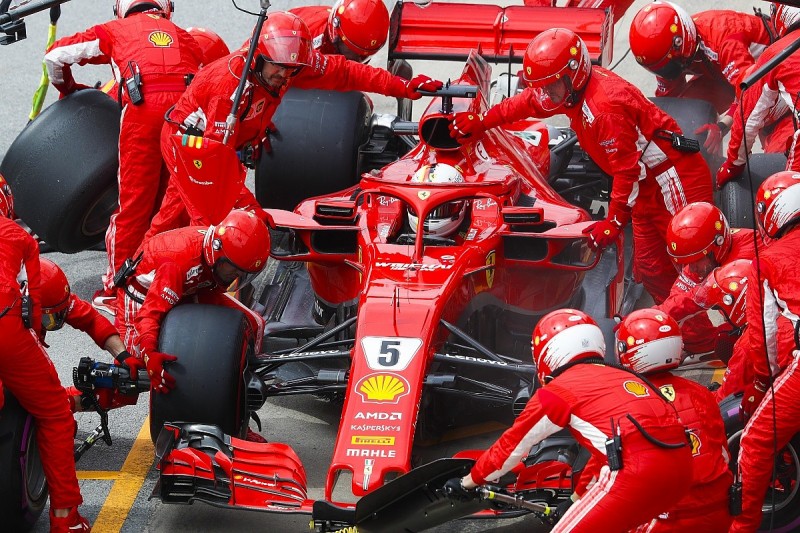 All of which means that with a new circuit on the horizon, testing the lifespan and viability of power units in advance of the event is the only way to ensure they're race-ready.

Accordingly, and as with every other circuit on the 21-race calendar, engineers from the 10 F1 teams will be preparing rigorously for the Ricard challenge by using detailed and sophisticated simulation tools that allow highly accurate models to be created of the particular characteristics that define Ricard's 5.8-kilometre length. 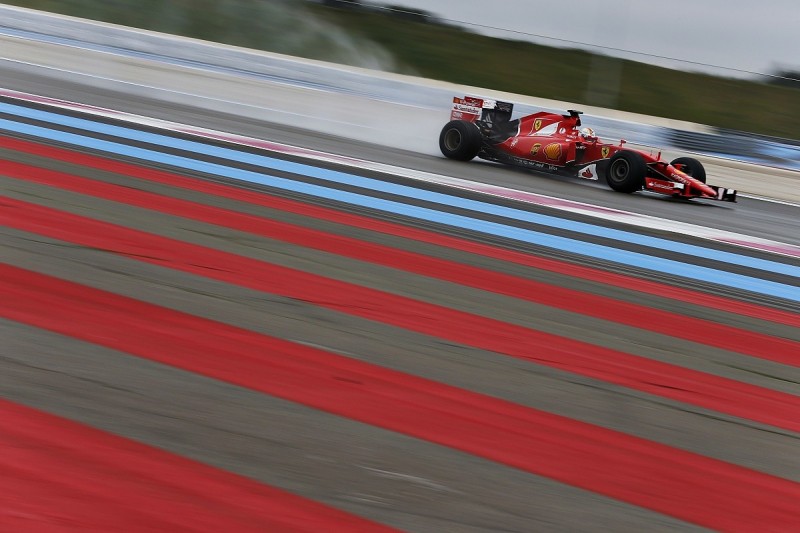 Chief among these is the engine dynamometer - a device which, in simple terms, allows the power output of an engine to be measured while it's being run in a 'static' environment - ie bolted into an insulated test chamber at the manufacturing site of each builder. Typically, all the F1 engine makers will have 'dyno' programmes running constantly, as they seek to maximise efficiency and improve the performance of their power units, while also seeking to optimise them for the quirks of the venue ahead.

For the high-altitude Mexican GP, for example, engines have to be exhaustively tested to ensure then can manage the thinner air that comes with a track located 2,250 metres above sea level. The likes of Silverstone and Suzuka, meantime, place particular demands on oil circulation systems, as each track contains corner sequences with high-speed changes of direction - and consequent high lateral 'g' loadings for fluids being pumped around the engine's internals.

Paul Ricard is not an outlier among circuits, in that none of its particular characteristics exceed those found elsewhere, yet it's still a voyage into the unknown until teams have 'been there, done that'.

The last time they raced here, in 1990, the Formula 1 technical regulations dictated that engines be 3.5-litre, non-turbocharged units and the competing manufacturers designed them in V8, V10 and V12 configurations. Revving to around 13,000rpm, their maximum power output was in the region of 670bhp. 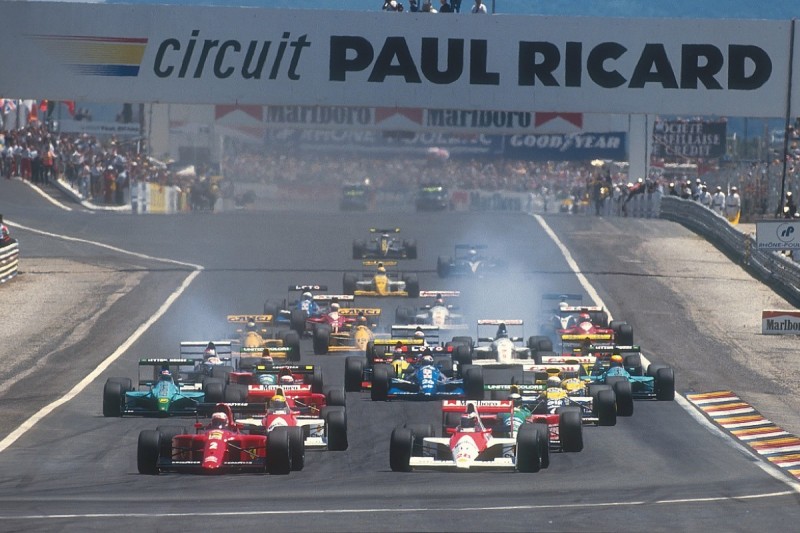 Nearly 30 years on the regulations have evolved almost beyond recognition. At the heart of a current power unit is a 1.6-litre V6 internal combustion engine. This element alone has most in common with a '90s-era motor, but mated to the V6 is a single turbocharger, a high-performance battery and two electric motor-generator units (MGUs).

One of these, the MGU-K, operates to harvest kinetic energy from the rear brakes for re-use under acceleration; the other, the MGU-H, works in conjunction with the turbocharger to provide further electrical thrust. Together, these elements allow hybrid power units to produce almost 1000bhp, with vastly greater efficiency than their predecessors.

Their complexity, however, places additional demands on the engineers and mechanics responsible for their design, preparation and operation.

"The current generation of hybrid PUs are much more complex," says one F1 engineer, "because they are made up of so many more components that all need to be integrated and work together. Managing and balancing all the components is very complex and difficult."

One consequence is that dyno testing begins early in the development cycle of any engine, often with single-cylinder prototypes being constructed to prove concepts, before full-scale multi-cylinder versions are commissioned.

Testing of the prototype units continues throughout the design phase and on into their racing lives: Formula 1 is a realm of constant, competitive development, where even the smallest gains in performance, efficiency or reliability can be the difference between race wins and minor points finishes. 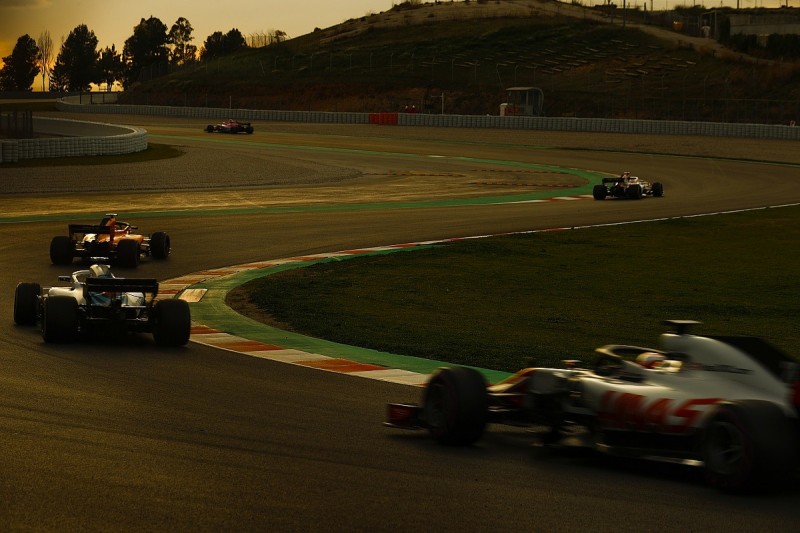 This is what makes 'dyno testing' so vital, particularly in an F1 era when on-track testing days are strictly limited. A dyno cell attempts to replicate real-world conditions for the power unit on test by having: an air supply similar to that which applies when a car is in motion; an exhaust system to release poisonous gases; a fuel supply and a bank of sensors measuring all the motor's 'life signs' - power, torque, temperature, oil pressure, electrical energy recovery and so on.

In order to best simulate the racing environment, the computer-controlled throttle input follows a pre-programmed track map, complete with gearshifts, braking moments and the full range of throttle loads that a driver would demand during race and qualifying laps. The complex energy recovery systems of the hybrid PUs are also scrutinised with regard to the efficiency of their harvesting, storage and re-deployment of electrical energy throughout a race distance. So, long before a wheel is turned in anger at this year's French GP, the electronic brains of every car will already have completed thousands of laps of this 'new' circuit.

They'll also have been tuned to represent idiosyncrasies of individual drivers' styles: "Paul Ricard is not a 'Stop-Go' circuit, so we can expect that driving styles can vary," notes another F1 power unit engineer. "That means we need to prepare higher numbers of options in terms of energy management. More options means we need more time for preparation."

But however good the simulation tools, nothing can quite prepare for the main event: racing between the best drivers, teams and engine makers in the world is bound to throw up the unforeseen. It's likely to be hot in late-June South of France, placing extra strain on already marginal cooling systems, while salty sea breezes carried by the Mistral wind from which the circuit's main straight takes its name, could cause subtle chemical shifts in the fuel-air mixture that the V6 element of the PU ingests. None of this can be truly replicated in advance.

As former French F1 star Jean Alesi, who raced at the original Paul Ricard circuit, notes: "This circuit will be a real benchmark." 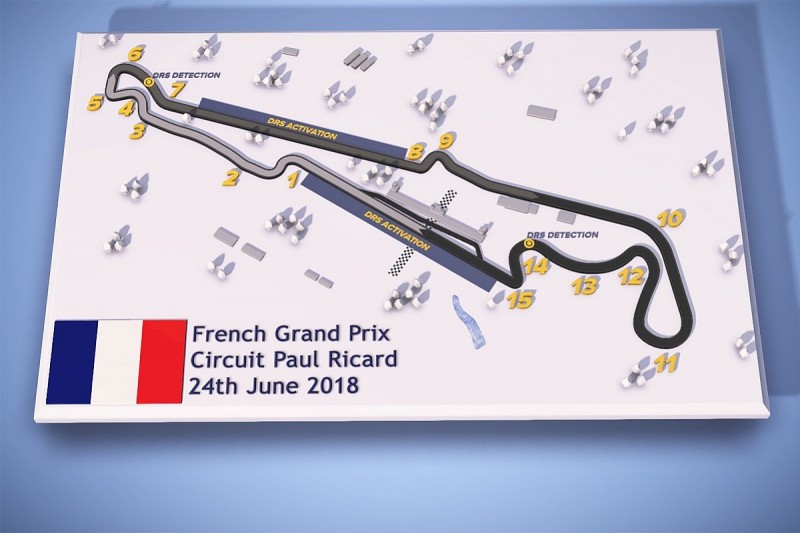 The deal behind the return of the French GP