Monza: La Pista Magica; the cathedral of speed; the circuit where, during the 2004 Italian Grand Prix weekend, Juan Pablo Montoya set a qualifying lap with an average speed of 261km/h - the fastest ever, at a grand prix

The Autodromo Nazionale Monza, then, is all about speed: long straights, fast corners and wide chicanes. And speed needs power, so at this circuit more than any other, the work of F1's engine manufacturers - Ferrari, Mercedes, Renault and Honda - is under greater scrutiny than at any other destination.

"It's a typical 'power' track", says one engineer; "It's the one that rewards you most for power," echoes another.

No surprise that Montoya's record lap, during which his top speed nudged 370km/h, was set in a Williams FW26, powered by what was then recognised as F1's most powerful motor: a BMW 3.0-litre V10, pumping out around 950bhp.

For the first time since then, current-gen 'hybrid' F1 power units ('PUs') can match or exceed that level of power output, thanks to their sophisticated combination of a 1.6-litre V6 internal combustion engine, a turbocharger and two electric motor-generators.

Together these elements are now reckoned to be producing a total of around 1000bhp in the best PUs and as lap times have fallen by as much as three seconds this season, there's every chance that Monza may be host to new all-time speed records being set at this year's Italian GP, in September.

Monza is regarded as an 'outlier' among the 21 tracks that comprise the 2018 calendar: its full-throttle demands are towards the limit of what engineers must prepare for when designing components for the season ahead: around 75% of a 5793-metre Monza lap is spent at full throttle. 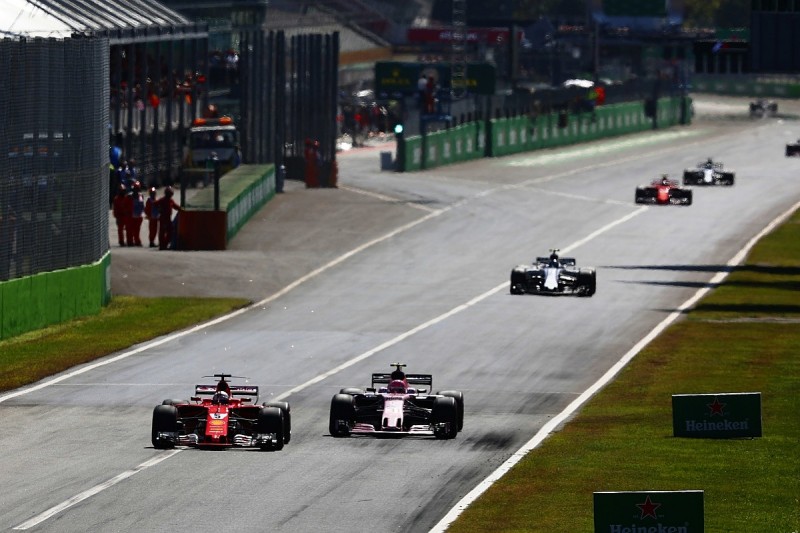 This means that certain components such as pistons, cylinder heads and crankcases are placed under far greater stress than they are at lower-speed tracks with lower full-throttle loadings - Monaco, for example. Circuits at which less time is spent at full throttle are described as having a lighter 'duty cycle'.

But when duty cycles are high, as at Monza (or Baku, in Azerbaijan, which has the highest full-throttle times of all, owing to its series of long straights), the V6 turbo internal combustion engines operate at cylinder pressures approaching three times that of the old naturally aspirated V8 engines, and they run in a much slower engine speed range - typically no more than 13,000rpm.

As a result, those parts of the engine requiring most engineering 'TLC' have changed. In a screaming 2.4-litre V8, developing a valve train capable of performing reliably at 20,000rpm used to be a major challenge. Now, however, the so-called 'bottom end' of the engine - pistons and the main structure of cylinder heads and crankcase - are under greater duress.

On a long straight, such as the exit from Monza's Parabolica corner to the first chicane, the pistons build up temperature - as do all the parts in contact with combustion - so considerations such as cooling capacity for the PU are brought to the fore.

After prolonged periods of full throttle, temperatures of internal components rise dramatically and can continue to rise even when the throttle is 'lifted'. Peak gas temperatures of 1500C can be recorded as 'instantaneous crown temperature' - right at the very surface of the piston. By way of context, that's several hundred degrees hotter than molten lava and around the smelting point of iron in a blast furnace.

Clearly, then, the metallurgical demands of component design within an F1 PU are onerous, for as well as being able to resist the extreme temperatures and pressures being created with the internal combustion engine, the metals used also have to be highly conductive, allowing heat to be 'pulled away', in order to reduce internal temperature peaks. 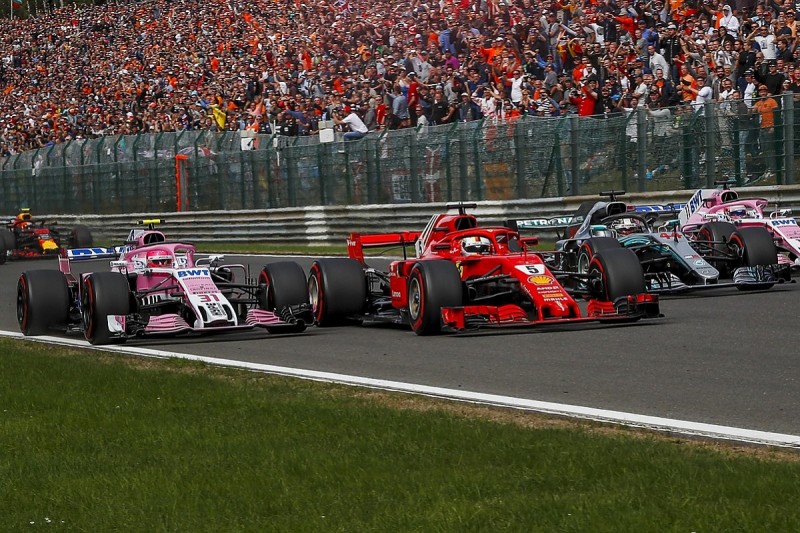 Less restrictive past eras of F1 regulation also permitted the construction of so-called 'Monza special' engines - motors that were tailored to extremes of power output, perhaps at the expense of low-end, out-of-the-corner performance, possibly even at the expense of reliability. All that mattered was the ability to shove a car fast down the straights.

Some turbo engines of the mid-1980s, particularly those built by BMW, could produce in excess of 1500bhp, but only for two or three laps during qualifying, after which their innards were discarded and the motors rebuilt. 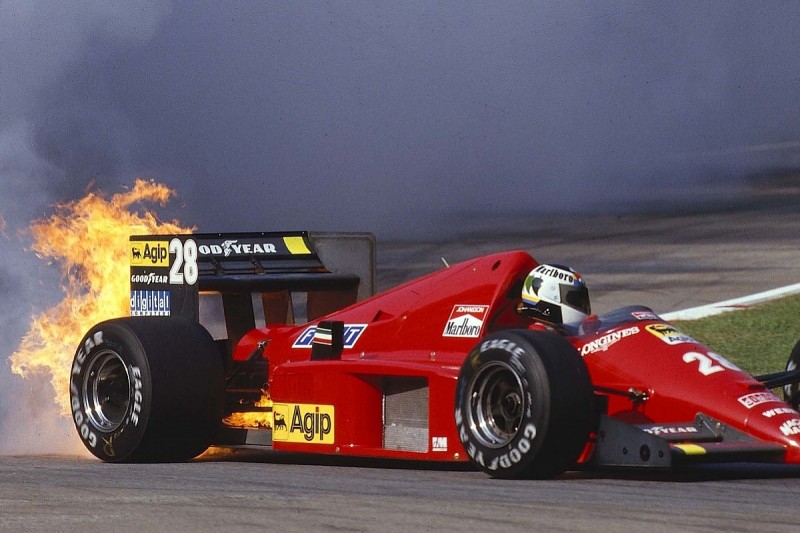 Such wanton excess is a thing of the past under current technical regulations, as all drivers are permitted only three PUs each to last the entire racing season of practice, qualifying and racing.

"Each individual engine will see a cross-section of track types over its life span," notes one engineer, "so you cannot tailor the engine towards tracks like we used to do. That sort of optimisation is now largely restricted to the calibration of the power unit."

Indeed, now that building engines specifically suited to a certain track, or track type, is effectively outlawed, calibration, or precise setting up ('tuning') of a power unit has taken on a new level of importance.

The contrast between Monza and Monaco is once again illustrative. At stop-start Monaco, energy harvesting (ie recovering kinetic energy under braking and storing it in an on-board battery, for use later in the lap) is relatively easy, as there are so many braking 'moments' around each sinuous, 19-corner tour. But at high-speed Monza, only two of its 11 turns require hard braking, so energy harvesting is more difficult.

Accordingly, the set up of calibration differs. For Monza, peak power has to be "absolutely beautifully dialled in", along with the fuelling and ignition timing, in order to provide the 'biggest bangs'. Monaco requires a greater focus on drivability - repeatability of torque delivery at the driver's request and the sharpest, most reliable and precise throttle response.

Calibration also varies between individual PUs, for despite microscopically tight build tolerances in some of the most high-tech engine assembly shops anywhere on the planet, no two Formula 1 engines are quite the same. "There is a base calibration for the engine," says another leading F1 engineer, "but then every engine performs slightly differently. Each of the six cylinders performs slightly differently within the engine, too, so you can have a relatively 'good' and 'bad' engine - even though the gap between them is tiny."

Adjustments are also made to tailor PU performance to an individual driver's style: a driver who "bangs the throttle and catches the car on opposite lock" will require a subtly different engine set up from a driver who is more progressive.

All of which makes the challenge of setting an all-time fastest Formula 1 lap at this year's Italian GP even more demanding than it might initially appear... 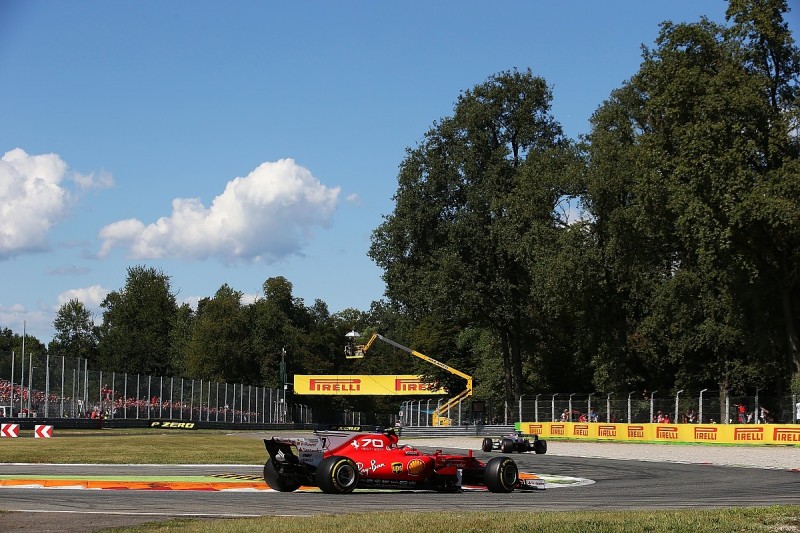