The revelation that Daniil Kvyat will race for Toro Rosso next year came as a shock to most, but unexpected as it was it would be wrong to say it came entirely from nowhere, such is the progress he has made this year

"The Russian", as Red Bull junior programme boss Helmut Marko likes to call him (for obvious reasons), has been making a serious impression in recent times.

With Antonio Felix da Costa, who started the season at the front of the queue to step up, enduring a disappointing season, the decision has been made to throw in Kvyat.

This year, he has dovetailed a campaign in GP3 with MW Arden and a Formula 3 European Championship season with Carlin. While this has allowed him more track time, the challenge of switching between two very different cars and, crucially, two types of tyre, has put him on a steep learning curve.

After an up-and-down start to the GP3 season, he has hit his stride in recent races and heads into next month's season finale in Abu Dhabi well-placed to take the title.

He starts the double-header seven points behind leader Facu Regalia and has won two of the last four races, making him the form man in the series.

In F3, he was not registered for points as his car was not registered by the pre-season deadline, but made an instant impact with a pole position on his debut weekend at Hockenheim. In total, he has claimed five poles, including three in sodden conditions at Spielberg, and won once, partly because of his struggles with getting the car off the line early in the year.

Prior to stepping up to F3/GP3 level, he was a leading Formula Renault driver, winning the ALPS title last year and finishing second behind McLaren junior Stoffel Vandoorne in the Eurocup.

He was also a regular victor in the Eurocup and NEC series in 2011, winning a total of nine races, as well as finishing fifth in the New Zealand-based Toyota Racing Series. 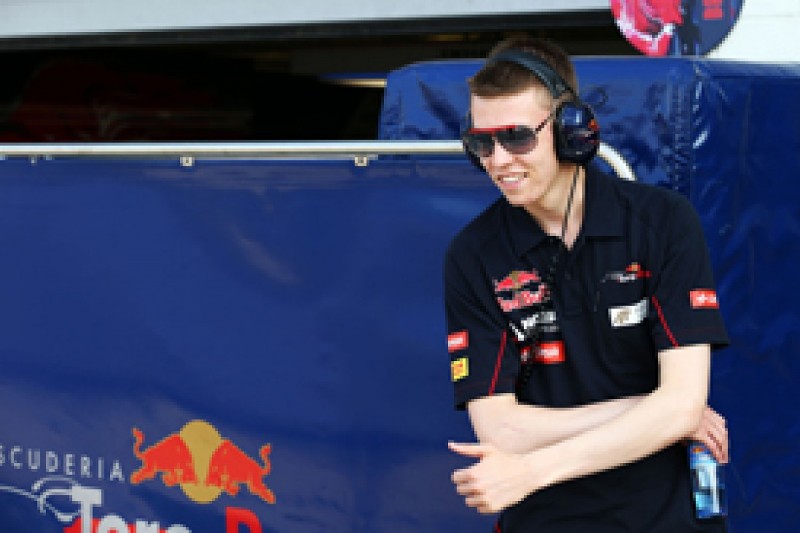 Kvyat stepped up into car racing in 2010 with backing from Red Bull, finishing 10th in Formula BMW Europe and also claiming two wins at Sepang in the Pacific series.

He has already had a brief taste of F1 machinery, completing 22 laps for Toro Rosso in July's young driver test at Silverstone.

After his outing that day, he said that the experience had made his dream of racing in F1 "even bigger" and that he would be keeping an eye on the Red Bull driver situation in F1.

"For sure, one day I want to be in F1 - today I understood this," he said after his test.

Even in his wildest dreams, Kvyat would not have expected it to happen so quickly.