After drivers expressed some concerns about the double tyre failures in Spa practice, just a few races after the British Grand Prix troubles, Pirelli discovered that a loose piece of metal from Kimi Raikkonen's Lotus had contributed to the issues.

Images of the piece of metal, most likely to have been ballast that came loose after Raikkonen ran over kerbs, were distributed to the teams and shown to selected media on Saturday.

With tyre fatigue having been completely ruled out, and the FIA happy with the situation, F1's drivers were able to get back in action without any worries.

Pirelli motorsport director Paul Hembery admitted that it had been unusual for such a piece of debris to have been found, but wholly welcomed the fact it put to bed any speculation about further tyre troubles.

"It is good for everybody, good for F1," said Hembery. "We were confident in what we are doing."

Hembery expressed some surprise about the extent of the worries expressed by drivers and teams after the Friday failures, before they were aware of the facts behind the problems. 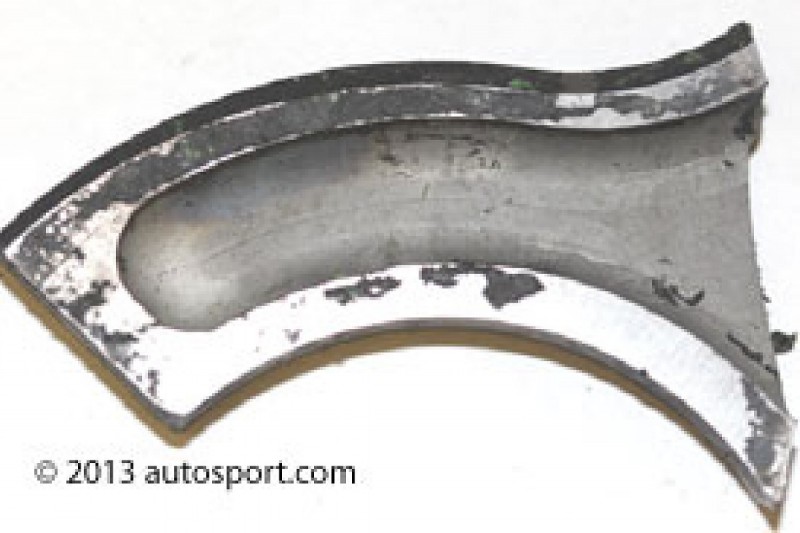 "We saw some of the comments yesterday and, quite frankly, some comments that come through without analysis and fact are disappointing," he said.

"The one thing about something like F1 is that you have to go away and get facts, numbers and data - otherwise you risk making errors. You cannot do that.

"This case is unusual as normally you are unable to find all of the data, or the tyre comes back and it doesn't have all the information available as it has been destroyed.

"If Alonso's tyre had been destroyed we would not have seen those two [puncture] points, and would not have been able to connect the piece of metal with that tyre."