Ferrari suffered a double blow in the closing stages of the Silverstone F1 race when both Raikkonen and Vettel were forced to pit with tyre problems.

Raikkonen's tyre tread appeared to come apart with two laps to go, while Vettel suffered a total failure one lap later. The incidents meant Raikkonen dropped from second to third, while Vettel slipped from fourth to seventh.

Pirelli has begun an immediate investigation into what happened, but a spokesman said its first examination of the rubber suggests that the two incidents were not caused by the same problem.

Raikkonen's issue was the result of the tread of his tyre coming away - with the tyre not actually losing any air as he returned to the pits.

Vettel, on the other hand, suffered a puncture.

Pirelli is examining whether a lock-up that Vettel had a few laps beforehand, as he battled Valtteri Bottas, could have contributed to the problem. 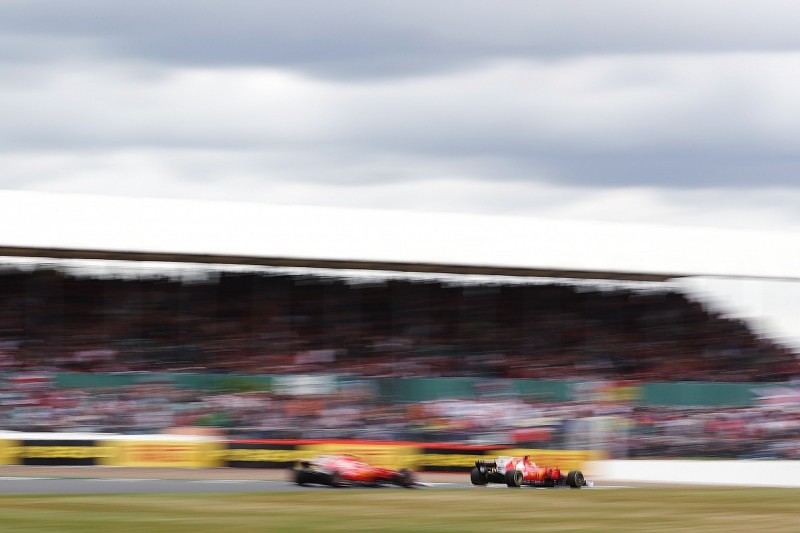 Ferrari admitted it had been caught by surprise by the problems - although it was clear both its drivers were pushing hard at the end while race leader Lewis Hamilton was able to back off in the closing stages to manage a small blister he had suffered.

Vettel said: "Hindsight is great, with hindsight it is easy, but at the time it felt OK.

"Kimi I think had similar issues, and his tyres were at least five or six laps fresher. So it caught us both by surprise."

"We had a tiny little blister developing and he warned us, but then we didn't know whether it was maybe [caused by] some debris on track," Wolff told Sky Sports.

"It was odd that three different cars developed fatal blistering at the end.

"You're just extracting every bit of performance and it could go wrong."