The rare phenomenon of zero tyre degradation was highlighted as a factor in the lack of excitement from Sochi's F1 debut.

But Pirelli motorsport director Paul Hembery doubts the race would have been any better with different compounds.

"We get criticised whatever we do," Hembery told AUTOSPORT, referring to previous complaints over high-degradation tyres.

"I think people just have short memories, and that is one of the problems. It puts us in an impossible situation, as you can imagine.

"I am not sure we would have dramatically changed the scenario if we had come here with the super-softs."

Hembery thinks that part of the problem in Russia was that the track surface was behaving in a strange way, which meant the tyres did not act as they have done elsewhere.

"Even the softer tyre was doing its fastest laps right at the end of each stint, so I think it was a combination of circumstances," he said.

"Certainly the surface here has an impact, and maybe that will change as well in the future.

"It might be a case that it was freshly laid, there were certain ingredients coming out, providing or assisting with an adhesive grip on a smooth surface, and that was why the performance was improving." 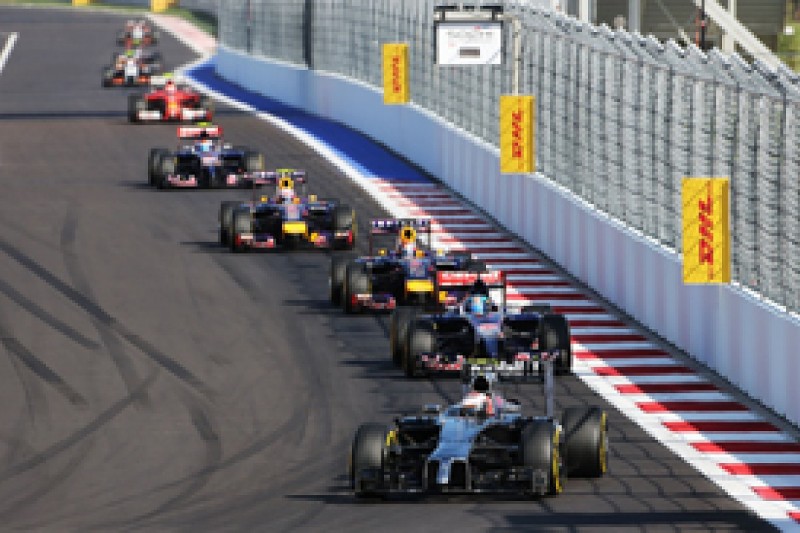 Red Bull boss Christian Horner was one of many who suggested that the Russian GP served as a reminder of why zero tyre degradation races were not as thrilling as Pirelli's critics recall.

"I think there needs to be a balance," he said. "This is the first time that we have been on this surface, and this asphalt.

"The Pirelli tyre was bulletproof on this circuit, so hopefully they will take some lessons away from this that old style races like that are not exciting.

"The races that we have had this year, with two or three stops, have been really entertaining and that is what hopefully in the remaining three races we will go back to."