As the journey to Silverstone is short for most Formula 1 teams, bringing new parts is not nearly as complex as shipping them to far-flung corners of the Earth

Even as early as Thursday, new developments appeared on a smattering of cars, and were unable to escape the scrutinising gaze of Giorgio Piola's camera as they went to be inspected by the FIA's technical delegates.

These are just a selection of the early sightings in the British Grand Prix paddock, showcasing the different requirements the Silverstone race presents compared to the Austrian Grand Prix just a fortnight ago.

Owing to Silverstone's high-speed nature, and the two long straights in particular, there's the opportunity to run lower wing angles as low-speed downforce is less of a consideration.

While not quite Monza-spec, it pays to trim off some wing to boost the overall performance of the car on the straights and in the higher-speed sections of the track. By getting even braver with the position of the rear wing mainplane, teams can also improve the overall effectiveness of DRS, but that poses a greater risk of losing traction on the exit of corners like Luffield and Club.

Renault was spotted with a lower-downforce configuration, as seen in Giorgio Piola's image (above), where the leading edge rises in the centre to ease the transition from the swan-neck mounting to the mainplane.

Red Bull has retained the wing angles that it ran in Austria, which were also at a mid-to-low downforce level to maximise straight-line performance. That's been complimented with a lower-camber mainplane to inhibit drag. 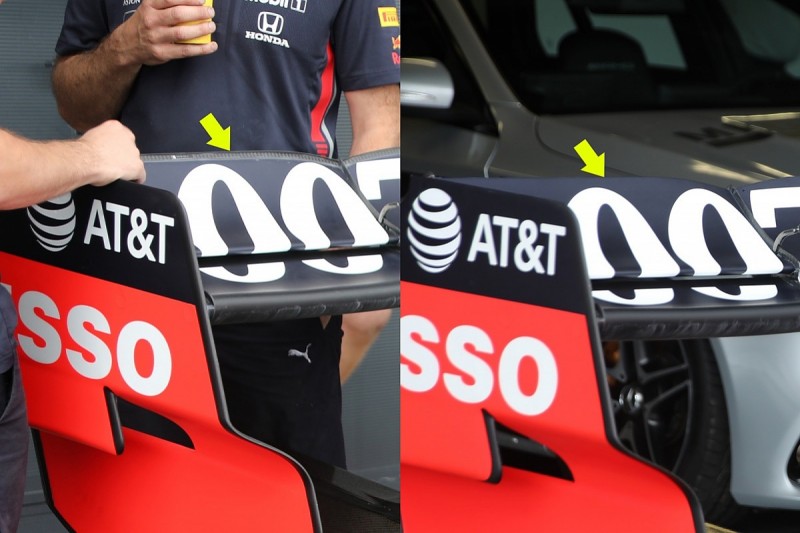 So far in 2019, Red Bull has frequently run back-to-back rear wing comparisons between its two drivers in order to best assess the lowest level of downforce it can get away with. Although the angles used between the two cars are visually similar, Max Verstappen's car (right) appeared to be without the Gurney flap (yellow arrow) applied to the trailing edge when seen in scrutineering, but this was spotted on Pierre Gasly's car (left).

Although this appears to be an extension of the back-to-back running Red Bull has conducted, this could also be an effort to add a smidgen of extra rear-end downforce to Gasly's car, with a view to improving his confidence in the car.

At its core, a Gurney flap creates a rolling vortex in front of it to boost downforce, while shedding two counter-rotating vortices behind it which ultimately minimise the drag penalty.

After a surprisingly scorching Austrian Grand Prix weekend, most were hoping for a far more clement affair at Silverstone - and the lingering clouds above the paddock on Thursday suggested that would be the case. 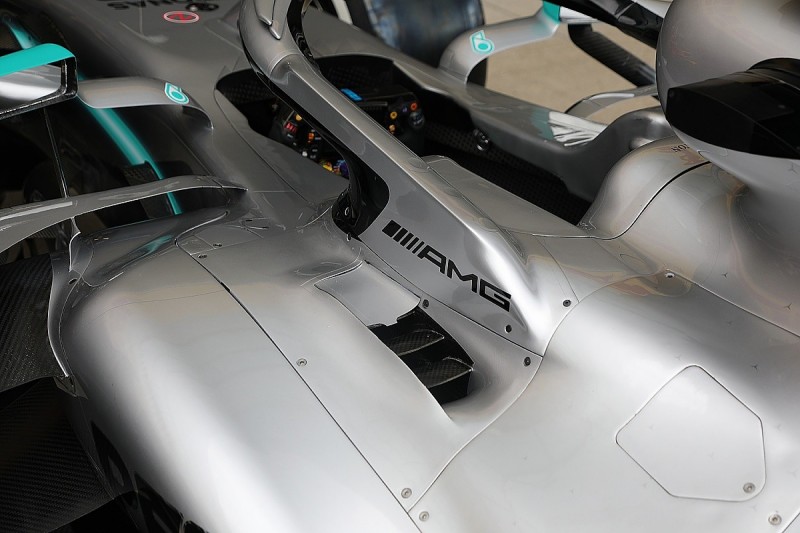 Temperatures over the British GP weekend are not expected to tickle the mercury above 21C, and so the cooling requirements are not anywhere near as drastic as they were two weeks ago at the Red Bull Ring.

Mercedes has been able to drop its cooling outlet behind the halo attachment points, and the bodywork in this area consists of several removable panels to ensure adjustability. Furthermore, the vent next to that attachment point has been partially closed off.

With the changes to the prescribed endplate designs for 2019, teams are very much restricted with what they can do. Last year's endplates were able to control the airflow quite considerably, but the newest generation of designs seem to be operating on a less-is-more policy.

Racing Point has taken that to a new extreme, and fits in with the most recent developments in redefining the footplate. The latter half has been largely cut out, presumably to develop an earlier outwash effect. 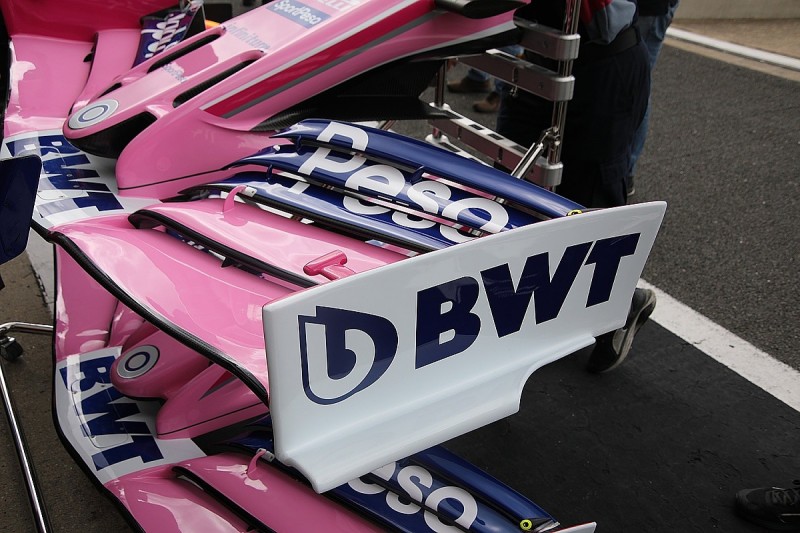 The footplate still develops and squashes a small vortex underneath, which rolls up underneath, but is then let go much sooner than usual. That is then drawn outward into the ambient air, presumably trying to pitch it around the front wheel from a further-forward position.

Alfa Romeo has also redefined its front-end geometry, becoming the latest of a number of teams to attempt a cape-style addition to the nose.

This aims to improve the aero balance by adding a little more front-end downforce, while also aiding the link-up to the strakes underneath the chassis bulkhead, leading to the bargeboards. 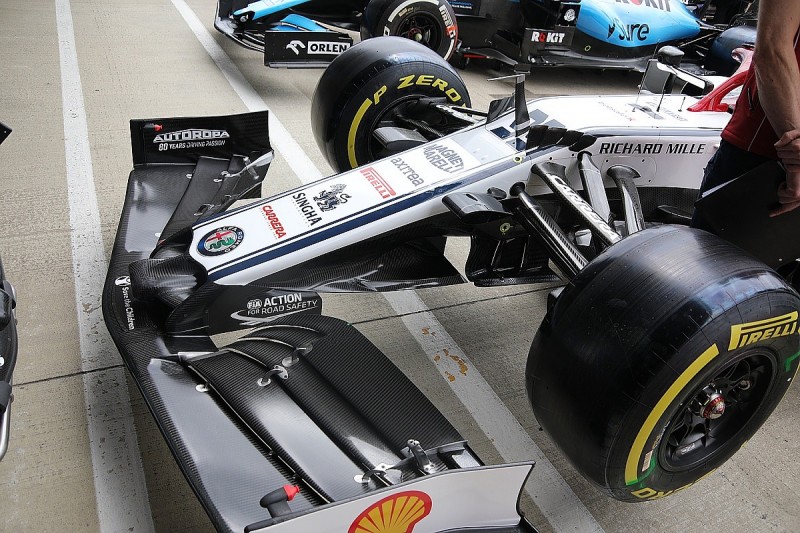