The Japanese manufacturer introduced an upgraded engine in Montreal, which Gasly and team-mate Brendon Hartley agreed was "better" and "faster" than the previous version after trying it out on Friday.

But an issue in Saturday morning practice meant the Frenchman was forced to revert to the previous unit that had been in use since the second race weekend of the year in Bahrain.

Gasly felt it left him at a significant disadvantage come qualifying, as he was eliminated in the first segment, taking 16th place and missing out on a Q2 berth by under half a tenth.

"We had an issue with the engine in P3, with the new upgrade, we had to revert to the engine [we used] in Monaco," Gasly told Sky Sports after the session.

"On a track like Canada the top speed is massively important and it made qualifying quite tough.

"It's always frustrating to miss out with such a small gap."

Honda technical director Toyoharu Tanabe explained that Gasly's engine suffered a "drop in power" at the end of FP3.

"As a precaution, we decided to change the entire unit," he said. "As Pierre had used this PU before, this change does not incur any penalties.

"We will now examine everything closely to identify the cause of the problem."

Asked about the benefit of the new specification, Gasly said: "The speed on the straight, when you put the power down you have more from the engine. 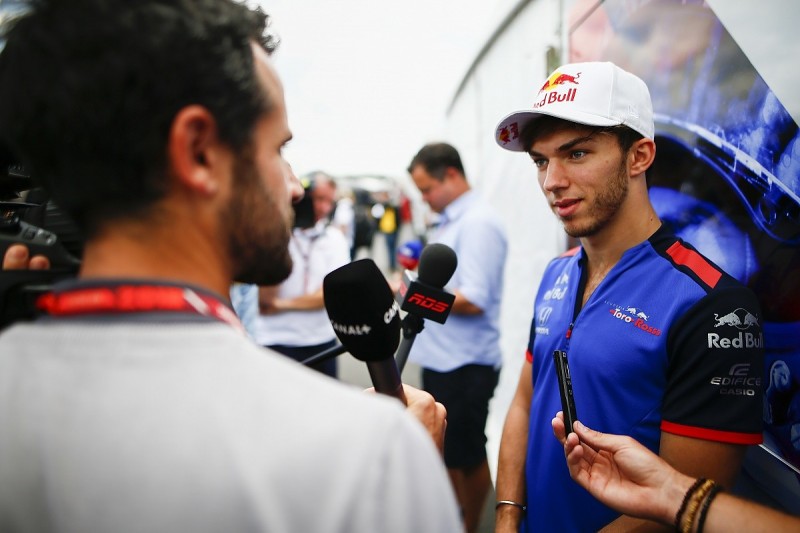 "On a track like Canada where you have such long straights, the gain of lap time is quite important."

Hartley, using the new specification, had progressed comfortably through the first qualifying segment and will line up 12th on Sunday.

"The positive [is], Brendon did a good job with the upgrades so I just can't wait to put this [the upgraded engine] back on my car as soon as possible," Gasly said.

"Looking at the positives, it's good for the coming races.

"It'll just be quite difficult for our side of the garage tomorrow.

"It won't be easy but racing never is. I just need to give it all and see what we can get tomorrow."