The Red Bull driver grabbed the lead into the first corner from polesitter Charles Leclerc and never lost it to complete a dominant performance for his second win of the season.

In a race interrupted by multiple safety cars and virtual safety cars, during the second full safety-car period, Perez was placed under investigation with the FIA stewards for a possible rules infringement.

Perez is suspected of not keeping within 10 car lengths of the safety car during one of the restarts.

During the Singapore GP, the FIA announced the incident would be investigated after the race, as Perez held on to take victory by 7.595 seconds from Leclerc. Perez’s hearing with the FIA stewards will take place at 11.55pm local time (16.55pm BST).

Reacting to the stewards' investigation after the race in the parc ferme interviews, Perez said: “I have no idea, what went on, they just told me that I was under investigation so I had to increase the gap - so that’s what we did.” 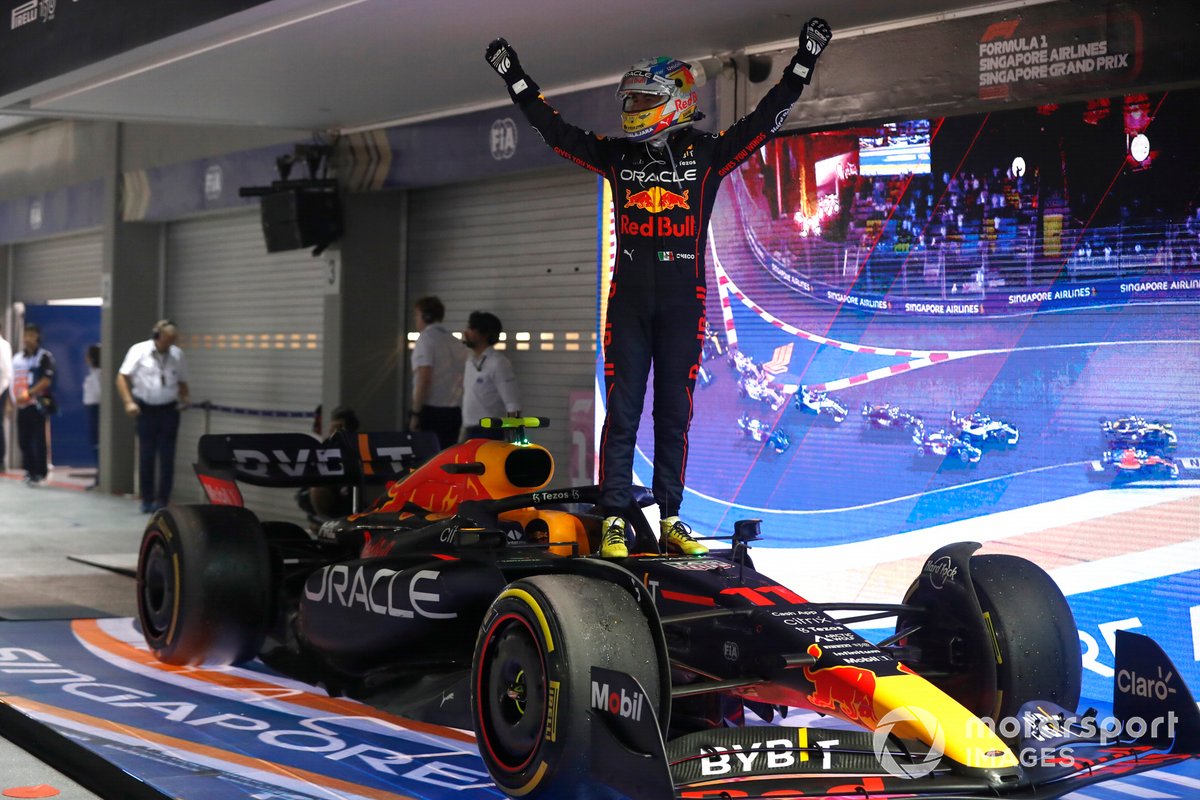 Reflecting on his performance, Perez rates it as the best race of his F1 career, while both he and Leclerc ensured the title fight against Max Verstappen continues into the Japanese GP next weekend.

“It was certainly I think my best performance, I controlled the race, although the warm up was pretty difficult [with the tyres],” he explained.

“The last few laps were so intense, I didn’t really feel it that much in the car but, when I got out of it, I felt it. I pushed - I gave it everything for the win today.

“I think it would be nicer for Max to get it [the title] in Japan, and for the team, it would be very special for Honda so, all in all, a fantastic day.”

Perez remains third in the F1 drivers’ standings, closing to two points behind Leclerc, while the Mexican is 106 points off leader Verstappen.