Force India driver Perez was trying to pass Sainz's Renault for ninth after the restart from the safety car period when they came together at Turn 1.

Perez, on the outside, ended up sliding sideways across the grass and fell to 14th.

"I overtook him into Turn 1, gave enough room, but I don't know what was the reason I got hit," said Perez.

"I was surprised that we didn't see any penalty because I was ahead and I tried to give as much room as possible to make sure both cars went into the corner. But it happened.

"I managed to save the car because I was going to go straight into the wall.

"Luckily I managed to save it and we kept going."

Perez struggled to make progress thereafter, with a switch to a two-stop strategy ultimately costing him further ground and leaving him only 14th at the flag.

"Sergio was racing very well until Sainz hit him, forcing him off the road, and dropped him outside the points," said Szafnauer. 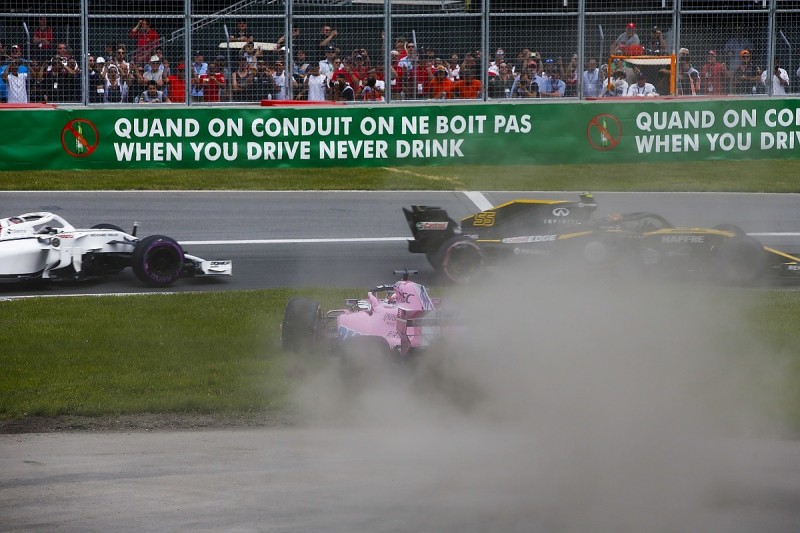 "He had made the overtake so it was extremely disappointing to lose four or five places as a result.

"It effectively ended his afternoon."

But Sainz felt Perez had no grounds for complaint and had simply turned in on him.

"Just look at the images because I'm pretty sure when he looks at them [he'll see] I don't move under braking or anything strange on my driving line or anything like that," argued Sainz.

"He attempted a very optimistic move around the outside.

"He turned in very early to the corner and we collided."

Asked if it had felt like a risky moment, Sainz replied: "For him, yes. For me, no."