While confusion caused by the chequered flag being waved early meant the race result was taken at the end of lap 68, the drivers completed the full race distance, and Bottas crossed the line at the end of lap 70 just one tenth of a second ahead of Verstappen in third.

Their close finish - caused by Bottas lifting off at the line because he feared he was going to run out of fuel - was not shown on the live TV broadcast, although it ultimately proved irrelevant as it would have had no impact on the race result.

"Everyone had to save fuel but I think Ferrari had pace in hand so they could start fuel-saving in the first stint," said Bottas.

"At that time we were trying to push and get closer to them and worry about it later.

"We used quite a bit of fuel in the first stint so I had to save quite a lot in the second stint.

"I don't think I finished with any fuel at the end of the race, even [with] the big lift just before the start/finish line, which is why Max got really close because we were so critical on fuel."

Bottas said he "wouldn't have made it" if the race was one lap longer, although Verstappen said that was not a particularly relevant point as teams base their fuel calculations precisely on the actual race distance.

"Valtteri was very precise," he joked. "He lifted off a bit earlier and I just kept it flat so it was actually very close at the line.

"If there wasn't a problem with fuel or whatever, it would have been very hard to get by because it was quite tricky to follow within a second [of the car ahead], but I gave it all I had." 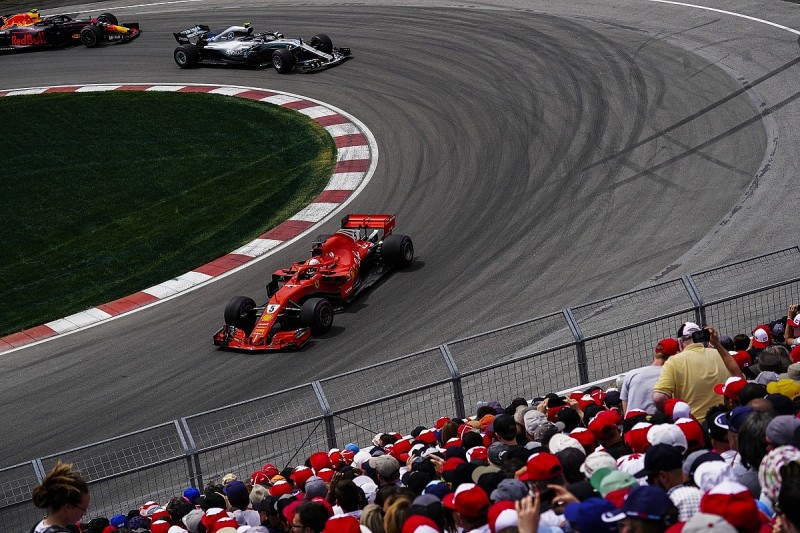 Bottas said even by using more fuel in the opening stint he could not keep up with Vettel, who told him he was managing his pace from the beginning.

"We tried really hard to push Ferrari in the first stint but we just couldn't match the pace," said Bottas.

"Speaking to Sebastian after the race they were kind of managing it - he said he was saving fuel all through the race consistently.

"We were giving it all we had for the first stint to try to keep up with them, to be there when the pitstops were going to happen.

"We didn't have enough pace for that. They had a small margin they could use to save fuel and control the race."