Sergio Perez says Red Bull’s "flat out" attitude in taking everything to the limit has been a stand out feature for him since joining the Formula 1 team.

The Mexican has replaced Alex Albon as Max Verstappen’s team-mate this year, with Red Bull targeting a proper fight against Mercedes for the first time in the hybrid era.

Although Perez has only worked with his new squad for a few months, he has already noticed some key traits that have impressed him.

“The team is full of racers you know,” said Perez, who arrived at Red Bull after a seven-year spell at various guises of the Racing Point squad.

“Everyone is just a racer in the team. It is a very good atmosphere.

“It's all about winning, you know: the mentality, and the focus, it's very different - straight away you can notice that.

“They do everything to the limit, whether it's pitstops, whether it's a meeting, or whether it's related to performance. They just go flat out and that's something very impressive.

“Of course there are areas that I was not used to, areas that I see that they can be improved as well. So it's all about growing together, and having an impact into the team as well.”

While Perez faces a tough challenge in going up against Verstappen, he is clear that his target is to beat the Dutchman this year.

But he says even more important than that is being able to help push Red Bull forward in its fight against Mercedes. 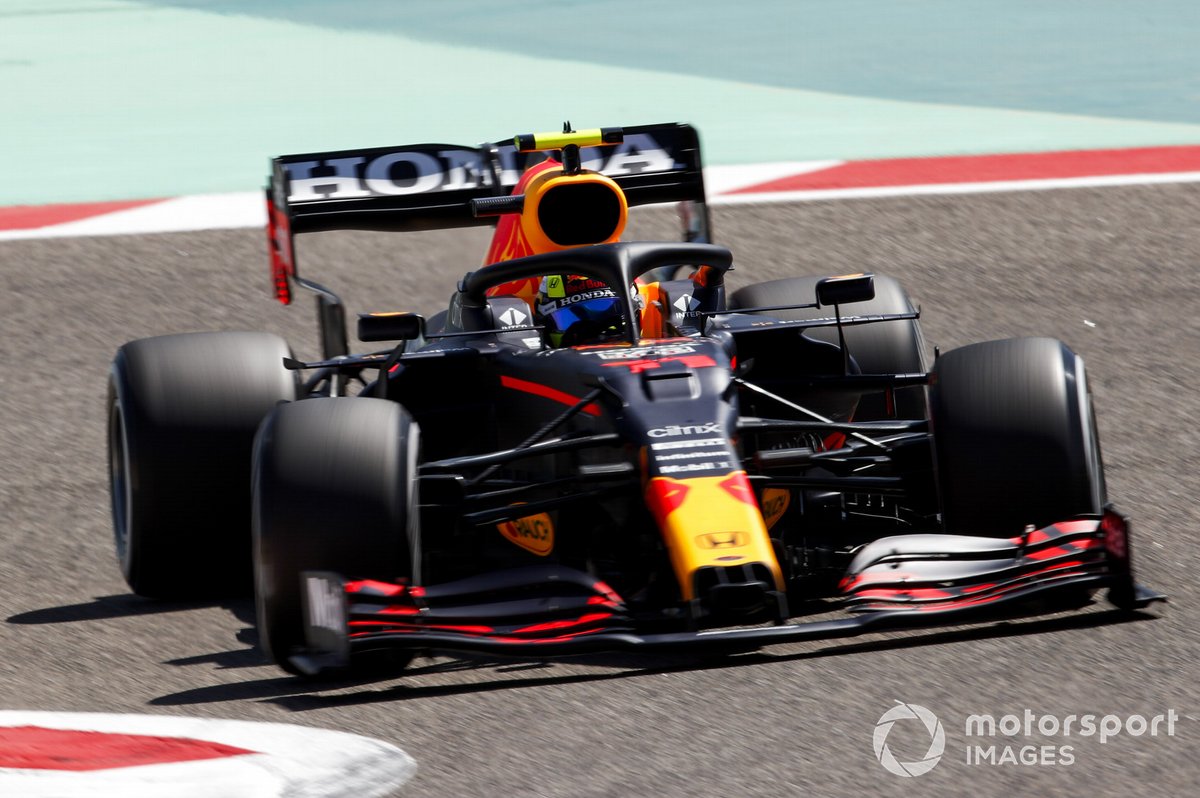 “Basically, I want to beat Max and Max wants to beat me, and that's just to the benefit of the team," he explained.

“We want to push the team forwards, and if we are able to create that competition between us, that will just be to the benefit of the team.

“I think we are both very mature, and we've been here long enough to cope with that. And yeah, I just hope that I'm able to put the pressure on to Max and that we can both grow together and push the team forward.”

Verstappen has explained that his initial impression of Perez has been positive, as he hoped having a more experienced team-mate would prove to be a benefit.

“I’ve known Checo for many years here in the paddock, and of course now that we are team-mates, you get a bit more of an insight in to how Checo is working,” he said.

“I think everything so far has been very smooth and with the feedback, we both are heading in the same direction - and I hope it's the right direction!

“It's nice, of course, also to get a bit more of an insight from his side, from his past experiences and other teams. That's always very good.

“And, yeah, I just hope that as a team now we can really score a good amount of points, and really put the pressure on Mercedes every single race weekend.”