Magnussen was given a post-race time penalty for skipping the chicane while battling with Perez, whose Racing Point team-mate Lance Stroll was punished for the same offence.

"It's very disappointing, you only have one move in Monaco, and you do it and the car ahead cuts the chicane, and then he's aware that you're there and there's no more opportunities," said Perez.

"It's definitely something we've got to speak about.

"In all fairness to the car ahead he gives space but then he has nowhere to go."

Perez feels the chicane runoff needs to be adjusted so cars that cut the corner have to slow down much more and navigate something like an alternative chicane before rejoining.

A similar set-up is in use at some other tracks, including the first chicane at Monza.

"I think there has to be a little chicane for the people who cut the chicane to lose some time," Perez said.

"It's something we have to review over the next couple of races."

Race winner Lewis Hamilton also skipped the chicane during his late fight with Max Verstappen, with stewards taking no action against either driver for the contact or corner cut that ensued when Verstappen made his bid for the lead.

Magnussen shrugged off the Perez incident when asked about it after the race.

Speaking before the penalty that demoted him from 12th to 14th was applied, Magnussen called the incident "nothing" and replied "apparently" when asked if he saw it as a simple racing incident. 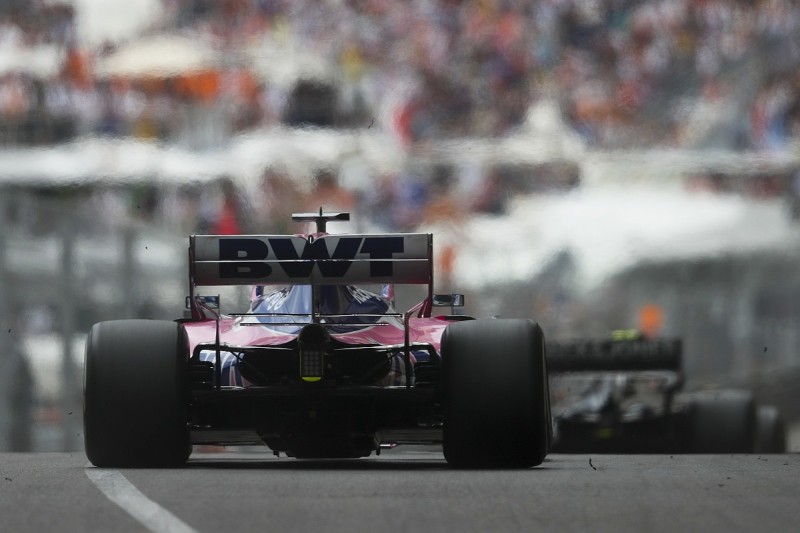