Force India team principal Vijay Mallya has suggested that an announcement on the team's 2014 line-up might not be made until December, but after strong performances in the last three races di Resta is hoping to know sooner.

When asked by AUTOSPORT about his future, di Resta said: "They [Force India] said they would make a decision after India, so I would be hoping they are moving on after the last race.

"But if I deliver when they give me the tools, that's all I can do."

Di Resta is keen to remain at Force India, although he admits he has to explore other options as a fallback.

"I feel I have value for this team, [and] I have got a tremendous amount of respect for them," he said.

"But at the same time the focus for me is staying in F1 and there are teams and drivers available.

"I will make sure every opportunity is explored to keep myself in a seat."

Deputy team principal Bob Fernley praised di Resta's recent run of form, which comes off the back off three driver errors in the Italian, Singapore and Korean GPs. 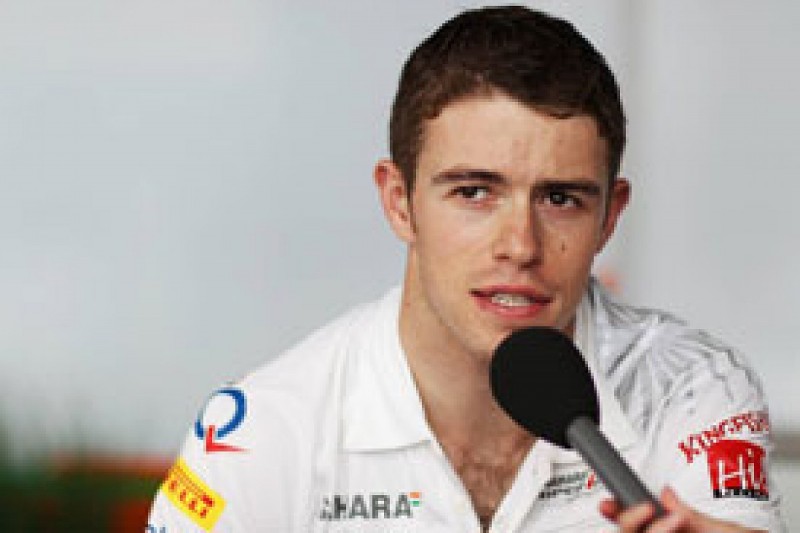 But he stressed that Mallya's decision on drivers is now set to come at the end of the year even though both di Resta and team-mate Adrian Sutil are currently performing well.

"I thought it was textbook, Paul went out and delivered exactly what we asked him to do," Fernley said of di Resta's Abu Dhabi drive.

"So did Adrian, to be honest.

"You don't have a driver for three years and judge him on three races.

"It's the same thing as always [on the 2014 decision]: commit to our drivers totally until the end of the season, and then the shareholders will sit down and make their decisions."