Bottas was signed from Williams to replace retiring world champion Nico Rosberg, but his contract only covers the 2017 F1 season, with options to extend it beyond that.

Mercedes boss Toto Wolff has explained that the team wants to keep its options open for 2018, when the likes of Sebastian Vettel and Fernando Alonso could be available, which Salo feels makes life tough for his fellow Finn.

"Everybody wants to make long-term contracts.

"I just don't know what the reason is behind it.

"[Mercedes keeping its options open for 2018 is] the only reason I can imagine, because Valtteri is good enough to sign for longer term.

"So, we'll see. I guess they just want to see how he performs and then see after that.

"They put Valtteri in a very difficult situation, against Lewis, on a one-year contract. It's not easy."

However, Salo believes Bottas is strong enough to overcome the added pressure of his contract situation.

"He's a professional guy, he has four years in Formula 1 already, so it's not a big deal.

"It's just that when you have peace of mind that you will continue, you can perform better." 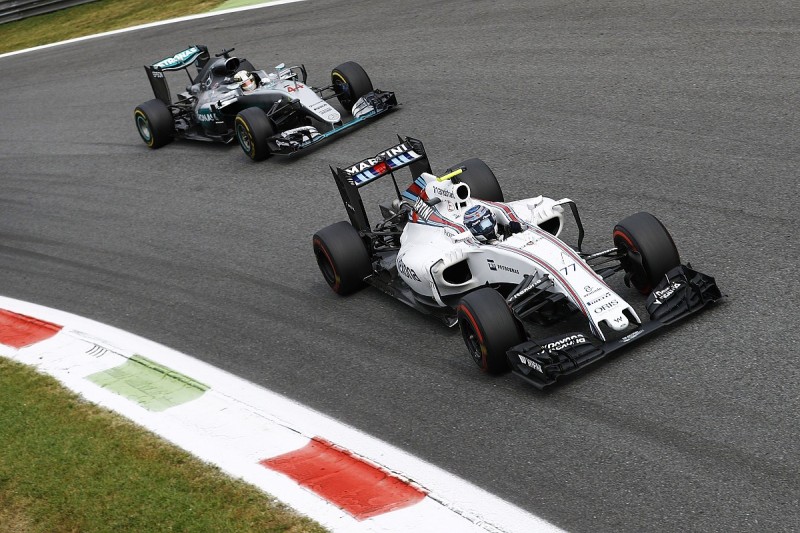 If Mercedes remains F1's benchmark, Salo believes a reasonable target for Bottas would be to run Hamilton close, and even beat him from time to time.

"[It] depends on the Mercedes quite a lot, what kind of car they can make," said Salo.

"I would imagine that it's still the best, but then what Valtteri has to do is finish second behind Lewis all the time and even beat him sometimes.

"I'd like to think that Valtteri is maybe even a little bit better in the race.