Max Verstappen fell behind the Haas of Kevin Magnussen at the start then spun after picking up diffuser damage early on, while Daniel Ricciardo spent most of his race in traffic on his way to finishing fourth from eighth on the grid.

Ricciardo was stuck behind Kimi Raikkonen's Ferrari in the second half of the race and backed off late on to have one final attack, then set the fastest lap of the race in pursuit.

"We've got one lap in the grand prix to judge our pace, which he [Ricciardo] set the fastest lap on," said Horner.

"I think the pace of our car was actually very good.

"Both of our cars sat looking at rear wings of different cars throughout the grand prix, and the only clear lap we had was when Daniel dropped back from Kimi and then went to push up to have a go in the last part of the race and set the fastest lap.

"We had a lot of pace in hand today, but we were never able to show it because they were constantly within a second of someone." 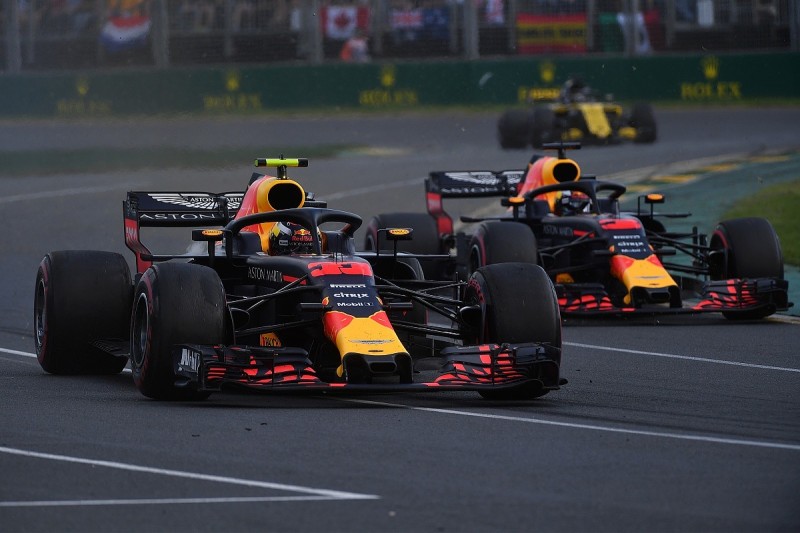 Horner said the team's fastest lap of the race was "genuine pace" because it was set in normal racing conditions, and he admitted missing out on a podium was "a little frustrating".

He explained that Red Bull would compensate for the lack of on-track comparison points by working on "the feedback from the drivers, the data we have and the handling characteristics we want to improve on".

Verstappen backed up Ricciardo's fourth place with sixth, making it the first time both Red Bulls made the finish in the opening round since the V6 turbo-hybrid era of F1 engines began in 2014.

"I think we've got some good information, we know we've got a good race car," said Horner.

"The negative for us is we've still got a deficit in qualifying."