Renault's Esteban Ocon feels it has taken him longer than expected to get back up to speed in Formula 1, following his year on the sidelines after leaving Force India

Ocon returned to F1 action with Renault for 2020 after missing 2019 as a result of losing his seat at Force India, which was rebranded as Racing Point for the start of last season. He also missed out on a seat for last year with his current employer, when it signed Daniel Ricciardo to partner Nico Hulkenberg, so spent a season as reserve driver for Mercedes.

PLUS: How Ocon spent his year in the shadows

Renault currently occupies third place in the 2020 constructors' championship, however the bulk of its points have been scored by Ricciardo, who has scored Renault's first two podiums since returning to F1 in 2016 at the recent Eifel and Emilia Romagna races.

The Australian leads Ocon 95-40 in the drivers' standings, and heads the intra-team qualifying battle 12-1.

When asked by Autosport to explain the qualifying imbalance against Ricciardo, Ocon said: "After my year out, I thought coming back it would take a little time for myself to get back into it - to get integrated properly into the team and try and work the way I did in Force India.

"But it took a little bit more time, I think, than I thought.

"And you know, the way the season is condensed as well, you don't have much time to reflect on the race - you go straight away into another one.

"That's how it's been with the triple headers. 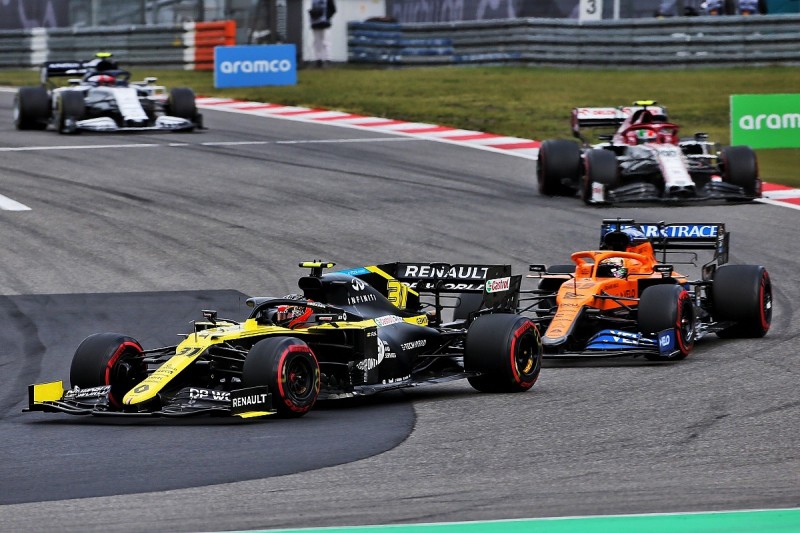 "We didn't have properly time to analyse everything and come back, and make it apply [to my performance] - we only had two days to get to it, and [then] straightaway get back to the fight.

"Recently, my performance has been better in qualifying - I'm closer to where I think I need to be.

PLUS: How binge-watching is helping Ocon prepare for F1's returning star

"There's still things that we can do better, but overall, I'm happier now at the end of the season than I was earlier. So, it's a better step."

Ocon said he put that feeling of improvement down to "just confidence", and "just building on the weekend".

He added: "I think earlier in the year we were not understanding ourselves between my side of the garage and myself - just basically working together [we were] not as one, I would say.

"And, putting that on the set-up of the car, it's a big step.

"It's also more driving for me and more running [as the season has progressed] - I just feel a lot more comfortable overall. And basically it's been better."