© 2020 Autosport.  All rights reserved.
Previous / Renault F1 rebranding not down to Abiteboul
Next / Williams: Dorilton wanted me involved with F1 squad

Michael Masi has issued a warning to the Formula 1 grid about driving too slowly following a handful of incidents in opening practice for the Italian Grand Prix.

The high-speed nature of the Autodromo Nazionale Monza means drivers often look to try and complete a fast lap behind another car to make use of the powerful slipstream and tow on offer.

But this has led to a number of incidents in recent years where drivers run deliberately slowly to avoid leading a train of cars, seen most notably in qualifying last year where the majority of the field missed the line to begin their final Q3 laps.

During first practice for the 2020 race on Friday, there were a number of complaints from drivers about cars running slowly on the racing line.

"I think it's getting quite dangerous with how slow people are going," said McLaren's Lando Norris over team radio during opening practice at Monza.

"They're just driving on the racing line and so on. I don't know, I think they need to say something."

Racing Point's Lance Stroll told his team that cars had "just stopped" mid-corner, while Mercedes' Valtteri Bottas called two drivers "blind" for getting in his way. 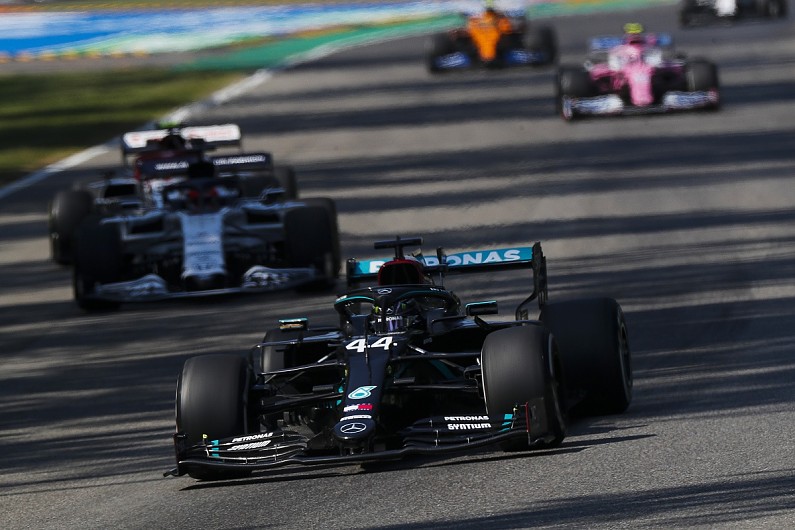 The complaints have prompted F1 race director Masi to issue a reminder to drivers about driving unnecessarily slowly ahead of second practice this afternoon.

"Each Competitor and Driver is reminded of the provisions of Article 27.4 of the Formula 1 Sporting Regulations," the note from Masi reads.

"For reasons of safety, during each practice session, acts such as weaving across the track to hinder another car may be referred to the stewards.

"During Free Practice session 3 and the Qualifying Practice, the time published in accordance with Item 8 of the Race Directors Event Notes will be used as a guide by the stewards to determine if a Driver is considered to be driving unnecessarily slowly on an out lap or any warm up lap."

Item 8 of the event notes confirms the maximum time allowed on an in-lap will be issued following Friday's running, but this will be judged by the stewards' accordingly.

Haas driver and GPDA director Romain Grosjean said on Thursday that he expected qualifying to be the "same story" as last year due to the need to get a tow, and that he would prefer one-shot qualifying.

"Everyone would go for a tow, and you need one here to get a good lap," Grosjean said.

"If it's down to me, it would be one lap per driver, one after each other, and then there wouldn't be any issues with slow cars or slow laps or whatever.

"But I guess it would be complicated and up to us to deal as best we can."

Share this article on Facebook Twitter LinkedIn Email
Previous / Renault F1 rebranding not down to Abiteboul
Next / Williams: Dorilton wanted me involved with F1 squad
© 2020 Autosport