Three F1 drivers missed races across the course of the 2020 season through illness as the FIA enforced strict protocols to prevent the spread of COVID-19 in the paddock.

Seven-time world champion Lewis Hamilton had to skip the Sakhir GP following his positive test result after the previous race in Bahrain, but returned in time for the Abu Dhabi season finale.

Mercedes team boss Toto Wolff said F1 drivers were living "like hermits" to ensure they did not pick up the virus and miss a race, potentially derailing their season.

Renault F1 driver Ocon explained that he was planning an intense training programme over the winter, but said it would be hard to waver from the intense precautions to avoid contracting COVID-19.

"There is going to be a high period of training, I need to catch up on the weight that I've lost during the season and get my fitness level up again," Ocon said. 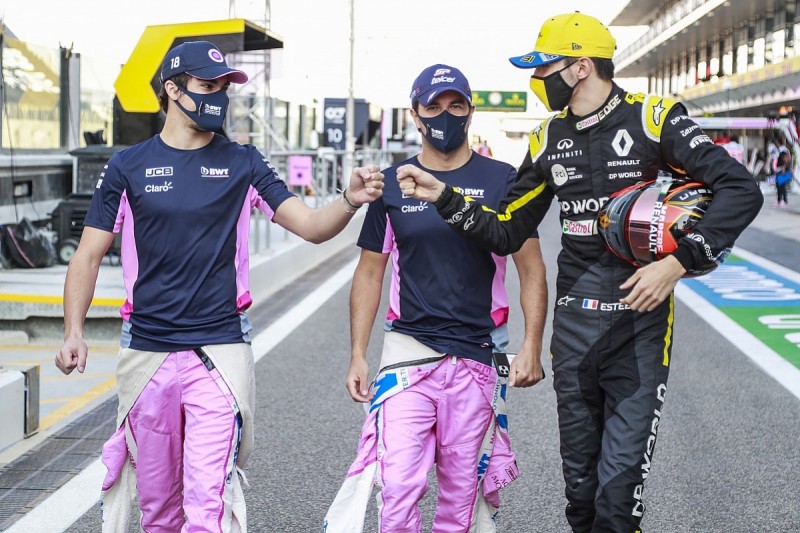 "We're not going to be tested as much, but we don't want to get sick and lose 15 days and feel unwell.

"Hopefully [I'll have] a good Christmas with my family, an easy New Year really, because there's nothing to do, and then get back to work training."

AlphaTauri driver Pierre Gasly told Autosport that he was eager to spend time with his family and friends over the winter, having been unable to see them much through the season.

"I still want to be careful with the people around me, but still I'm going to take more freedom to see my family, to see them over Christmas, spend more time with them," Gasly explained.

"It's the same with my friends. I came back after two months in France [last month], and they were there and I told them, 'I'm sorry, I wish I could see you, but I just don't want to take the risk,' because you never know.

"It's kind of frustrating not to be able to. You feel like you're a bit in a cage, where you don't have the freedom to really do and see the people you want.

"I'm clearly going to take the opportunity over the off-season to do it, because who knows what is going to happen next year. We may be in a similar situation.

"Clearly during the off-season and the small time we have, I'll try to have a better social life hopefully."

The curios kept by motorsport professionals