Esteban Ocon says he is "definitely more relaxed" working with the existing Alpine Formula 1 management set-up following a number of changes at the team in recent years.

Ocon led Alpine's efforts in F1 this year, narrowly outscoring team-mate Fernando Alonso as the team took fourth in the constructors' championship, finishing at the head of the midfield.

The Frenchman regarded it as his best F1 season to date, having returned to the grid with Renault in 2020 before the team was rebranded as Alpine the following year.

As well as going through different names, the Enstone-based F1 squad has also undergone a number of management changes in recent years.

Szafnauer works under Alpine CEO Laurent Rossi and overall Renault Group chief Luca de Meo, providing a structure that Ocon felt was bringing the best out of him.

"We are obviously settled for a long time, which feels great. We have great leadership with Otmar, with Laurent, with Luca. I think it's a fantastic team.

"They are giving us positive pressure. It's not the bad pressure, you need to perform otherwise it would be over. It's completely different. It's the passion of racing, of motorsport.

"Since Laurent, Luca and Otmar have joined, I feel definitely more relaxed and I feel good. That's why I should be super calm." 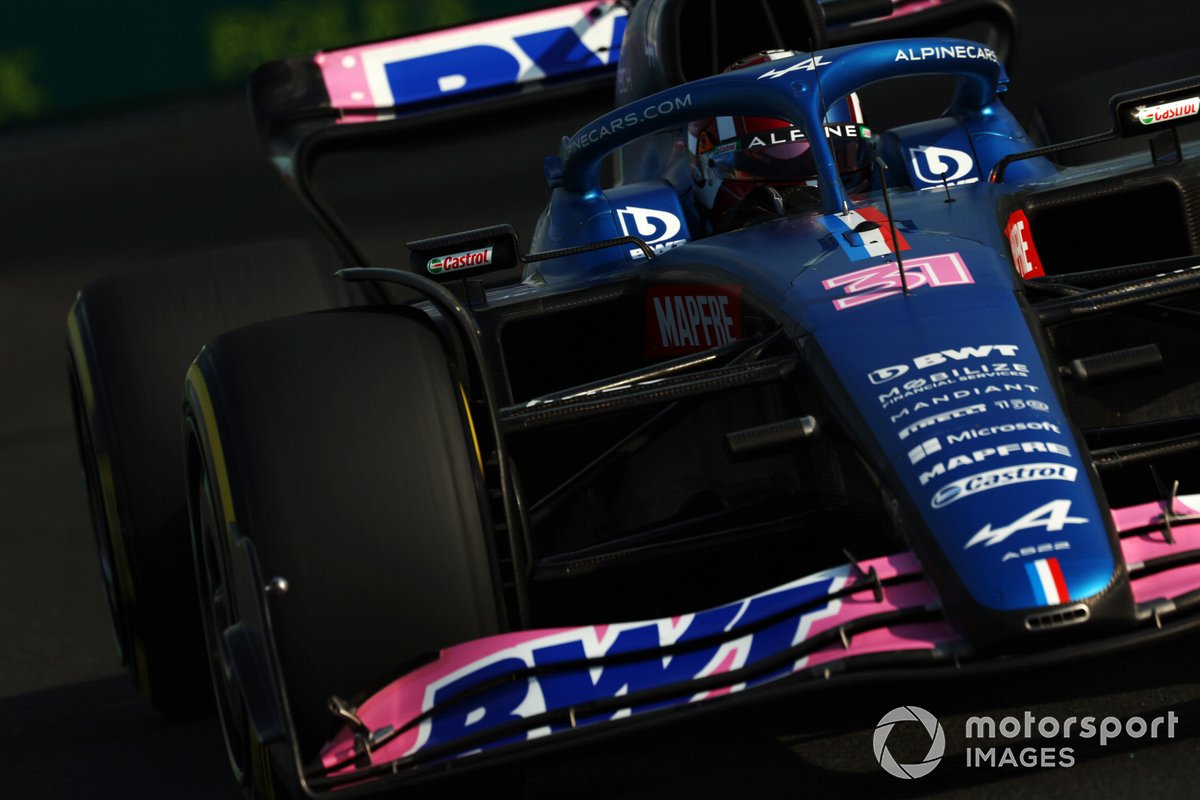 Ocon scored his first F1 race win at last year's Hungarian Grand Prix with Alpine, and has a long-term contract in place to remain with the French outfit until at least the end of the 2024 season.

The team made a step forward in performance this year and has factory backing from Renault, giving Ocon a good, stable platform for the future.

Ocon said that while it "all seems nice on paper", there was still the need to work hard and ensure Alpine can get to a position where it can join the fight at the front of the F1 grid.

"We are not there yet, that's why I say to keep our feet on the ground, keep working, see where that is going to get us too," said Ocon.

"But it is my aim, yeah, it is what I believe I can do. And I'm counting on the work that I'm putting in. Every week, I'm in the factory, working hard.

"One thing that I don't want to happen is that when I finish my career, I don't want any regrets and say maybe if I did do that, that could have brought me to a higher place.

"That's not something I want. It's all down to me."