The "tiny-tyres" AVS Shadow Mk.1 was a Can-Am car of the whacky, wonderful variety, but Shadow's Can-Am dominator of 1974 and most of the squad's Formula 1 machinery were beautiful.

Few other teams with such a brief span of success have produced such a cult following, but Shadow's combination of attractive cars, fast drivers and a battle to achieve results, with a quiet and mysterious owner, earned the team a lot of fans.

Nichols served the US Army in World War II and the Korean War, went on to sell Goodyear and Firestone tyres in Japan, and then returned to the US in 1968 to form the Advanced Vehicle Systems team.

His plan was to take on the Can-Am world, where free-thinking and brilliance could be rewarded.

Even by the "pretty-much-anything-goes" standards of Can-Am racing, what designer Trevor Harris came up with was way outside the box. In a bid to reduce drag, Harris' guiding tenet was to reduce frontal area.

He somehow persuaded Firestone to supply tyres that were just 17 inches (front) and 19 (rear), compared with the 24 and 26 seen on normal Can-Am cars. The driver then sat in what appeared to be a bewinged go-kart but containing a Chevrolet V8 big-block, whose cooling depended on air rushing into a radiator that was...built into the rear wing! 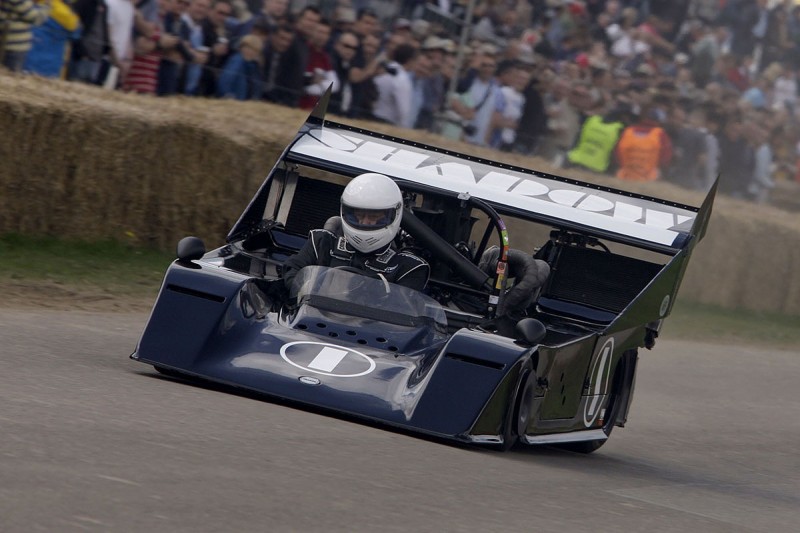 The small wheels were the main problem area, however, since it obliged the car to run small brake rotors, which simply couldn't dissipate heat quick enough. It was a problem that George Follmer bravely got around by slowing down via lateral friction, sliding the bizarre beast around in brave fashion.

Realising this was no way to tackle the likes of McLaren and Porsche, Nichols acquired the titanium Ti22 design that Peter Bryant had created for the Autocoast team, and for 1971 Jackie Oliver was driving a Universal Oil Products-sponsored Shadow MkII that looked like the Ti22 (but contained little titanium) and with larger (but still not full-size) wheels. It was fast but fragile. The still more conventional MkIII of 1972 was no better.

But for 1973, the team hired Tony Southgate (ex-BRM designer) to pen a Formula 1 car and a Can-Am car. The DN2 Can-Am machine was somewhat lumbering and heavy and still suffered reliability issues; the DN1 Formula 1 car looked great and, in the hands of Follmer and Oliver, went well, too.

Reliability was a major problem, but Follmer scored a podium finish in only the team's second ever grand prix, and Oliver backed that up with another third place in the penultimate race.

People have tended to look askance at the dominance of the Shadow DN4 in the 1974 Can-Am championship and question its validity, as the domination by Penske's Porsche 917/30 had driven McLaren and Lola away, and Porsche had departed too. But Southgate's masterpiece demolished the opposition and Shadow's 1-2 in the championship was well deserved. 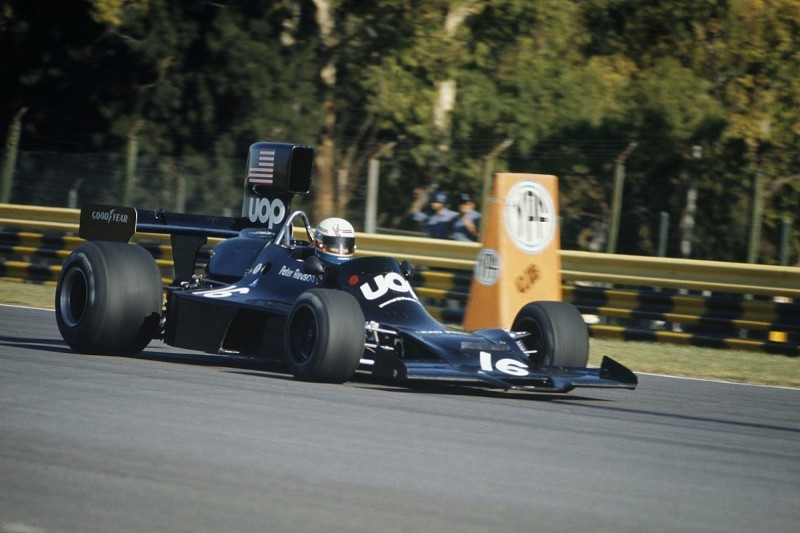 In F1, however, the squad got off to a disastrous start when new driver Peter Revson, who'd scored two wins for McLaren, was killed in testing for the third race at Kyalami. His replacement, rising star Tom Pryce, and the other new driver, Jean-Pierre Jarier, showed plenty of pace and Jarier earned a podium finish at Monaco, but it wasn't until the DN5 arrived for 1975 that the team really started showing its best.

Jarier took pole for the opening two races of the season, although his car failed on the warm-up lap in Argentina and then failed again while dominating in Brazil. Pryce won the non-championship Race of Champions in dreadful conditions at Brands Hatch, and in the second half of the season he gained momentum, with a pole for the British GP at Silverstone and a handful of top-six finishes. The team finished sixth in the constructors' championship, ahead of Lotus and March.

However, '76 was a year of treading water, as Shadow slipped to eighth, and Pryce's podium in Brazil was the only true highlight. Jarier departed at year's end, to be replaced initially by Renzo Zorzi, while Pryce stayed on.

But just three years after Revson's fatal crash at Kyalami, Shadow suffered another catastrophe at the legendary South African track. A marshal carrying a fire extinguisher to a small fire in Zorzi's car crossed the track and was struck by Pryce, killing driver and marshal. 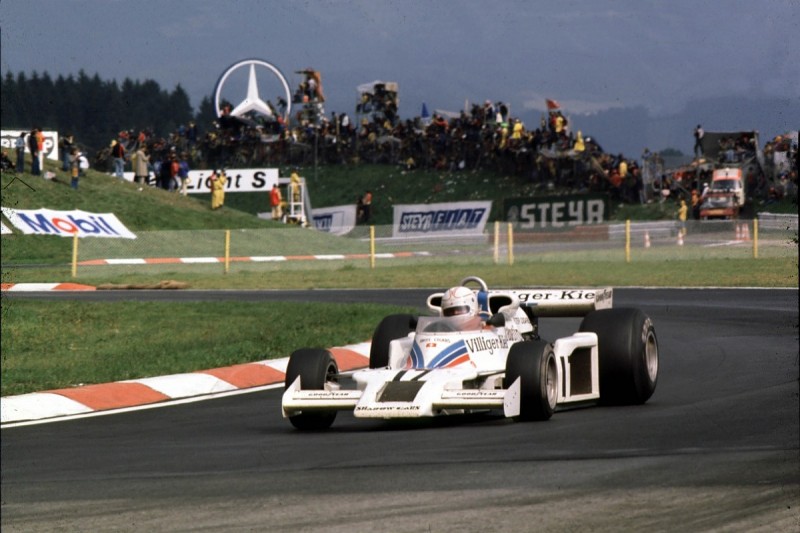 It was a shattering blow to the little team, and came in stark contrast to the joy felt later in '77 when future F1 world champion, Alan Jones won in the wet at the Osterreichring. He'd go on to finish seventh in the drivers' championship, matching the team's achievement in the constructors' championship.

That would remain the high point, however. The guts of the Shadow team were torn out by a mass staff migration to the new Arrows squad that winter, along with rising star driver Riccardo Patrese.

While Nichols was able to sue the new squad and prevent it from running a copy of Southgate's design for Shadow in 1978, that was barely more satisfying than the clutch of points finishes achieved by Hans-Joachim Stuck and Clay Regazzoni. The team's last hurrah came in the '79 finale when rookie Elio de Angelis scored a fourth place in the US GP.

Soon after, the struggling team's quest for sponsorship had taken its toll, and Teddy Yip's Theodore Racing squad took over. Nichols then disappeared from the motorsport world before returning to attend historic race meetings, in which his cars remain fan favorites to this day. 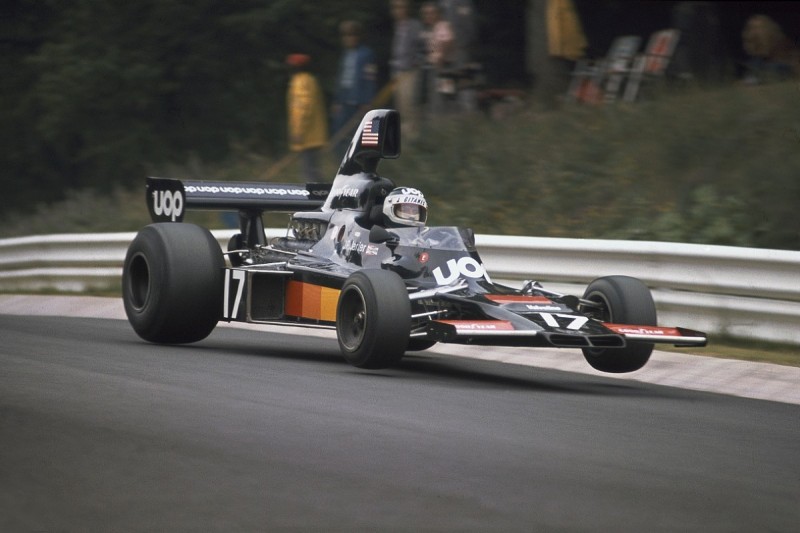