Lando Norris has admitted that even he is unable to drive McLaren's Formula 1 car exactly like he wants, despite his run of podiums.

In the wake of Daniel Ricciardo's struggles to adapt to the McLaren MCL35M, team principal Andreas Seidl conceded over the Monaco GP weekend that the current car needs a 'special' driving style.

And while Ricciardo's difficulty to deliver that has been obvious as he has been on the backfoot in the early 2021 races, team-mate Norris' situation has not been so clear.

But despite taking podium finishes at Imola and Monaco, Norris says that it has been hard to get the most out of the current McLaren – and he is not able to push it in a way that he could in previous cars.

"This year the car is different, and there are different things on the car that you have to drive in a different way," he explained ahead of the Azerbaijan Grand Prix.

"I'm still learning a lot now, with every race that we do, about the car. I would say Monaco was my best qualifying that I've done, but I made mistakes in previous qualifying and races because of not knowing about the car enough.

"I'm still learning a lot of things and, especially in Bahrain, for example, and in the first couple of races of the season, I was driving it too much like last year's car and I had to adapt a lot to this year's car.

"So there are definitely a lot of differences and it's not been easy going from last year, the last two years, to this year." 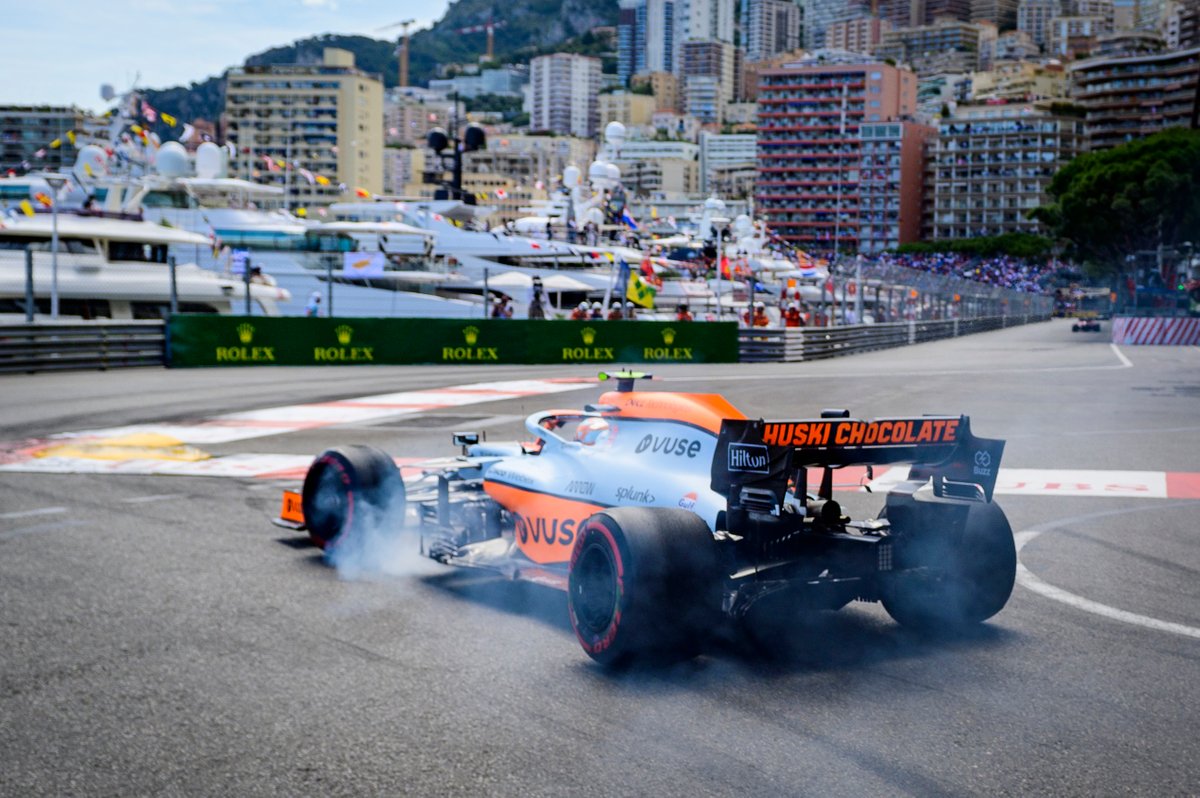 Norris said that a preference for car set-up that he learned in junior categories won't work with the current McLaren, which is why he is still finding his feet with it.

"I can't just drive it the same way and then just be a better driver," he said. "I've had to adapt to a lot of different things, and I still can't necessarily drive it the way that I want to, as a preference from how I drove in Formula 3 and Formula 4 and things like that.

"I can't drive it the way that I want. So a bit of it is just you have to adapt, and every car in F1 is different and you have to get used to it."

Ricciardo endured a difficult Monaco GP weekend and has spent time in the McLaren simulator since then to try to help make progress in getting more comfortable.

"I did spend a good few days on the sim last week, and it was really just trying to take a step back and understand what's going on, and let's say how the car works and what kind of needs to be done to get the car working well," said the Australian.

"In a way I kind of - I don't want to say started from zero because I've definitely learned a bit the first few races - but just had more of an open mind with my approach. We just tried lots of different things and even things that don't feel, let's say, correct. We'll try them and then understand why that doesn't work.

"So we just played around a lot. And certainly some things now do seem more clear to me, and I think it was really productive to do that. So I'm just looking forward to putting it in [action]."

Why F1 shouldn't be too rigid about flexi-wings