Norris qualified a lowly 15th on Saturday at the Bahrain International Circuit after mistiming his final lap in Q2, with the gains made by other drivers shuffling him to the bottom of the order.

It left McLaren weighing up a potential change to Norris's Renault power unit in order to gain fresh parts ahead of the race and the season finale in Abu Dhabi next weekend.

FIA F1 technical delegate Nikolas Tombazis - who is standing in for Jo Bauer this weekend - confirmed ahead of the race in Bahrain that McLaren had taken two new parts on Norris's power unit.

By fitting a fresh engine and turbocharger, Norris's car has now exceeded the seasonal limit for both parts, triggering a grid penalty.

As a result, Norris will start today's race from the back of the grid.

The McLaren driver will join Pietro Fittipaldi of Haas on the final row after the Brazilian also took new power unit elements on Saturday. 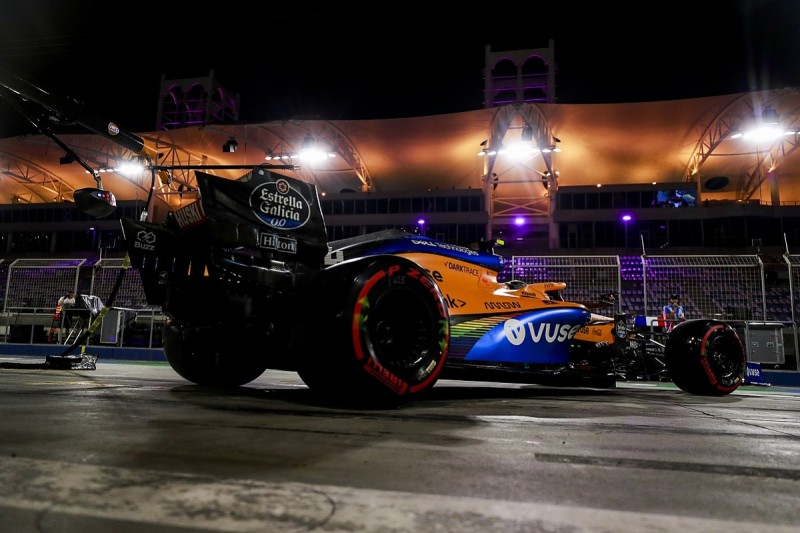 Although Fittipaldi is making his F1 debut, he continued with regular Haas driver Romain Grosjean's allocation, meaning the new energy store and control electronics fitted to his car exceeded the season limit.

Both Norris and Fittipaldi have 'back of grid' penalties, but as Norris qualified higher, he is due to start ahead of the Haas racer.

Norris is in need of a fightback to aid McLaren in its push for third place in the constructors' championship.

McLaren currently sits 17 points clear of Racing Point in the race for third, but has only one car starting in the top 10 courtesy of Carlos Sainz Jr, who will line up eighth in Bahrain.

Norris said after qualifying on Saturday that he felt it could be difficult to overtake around the narrow outer loop layout in Bahrain.

"There should be some good racing, but it's not as easy as everyone thinks it is to overtake here," Norris said.

The development obstacles F1’s power roadmap has to clear