McLaren Formula 1 driver Lando Norris says that getting the struggling team back on track won’t be an overnight job.

Following an encouraging first test with the MCL36 in Barcelona the team was on the back foot from the start of last week’s Sakhir test after suffering brake cooling issues that compromised its programme.

The problem has been addressed with new brake ducts, but over the race weekend the team struggled to find performance, with Norris qualifying 13th, and Ricciardo only 18th.

Norris says he has faith in the team to get to the bottom of the problems.

“I think everyone's working hard, and we just had a long meeting going through everything so they're working hard,” he said. “They have been since last year really to come up with good things.

“There are still lot of the positives we got, just sadly, today more negatives and then positives. So it's just about time and working on them. And I think now we understand them more than ever. It's simply about putting them into action.

Ricciardo suggested that the Bahrain problems were “fuel for the fire” and motivated the team to do even better.

"The only way we're going to move forward is if we put our eyes eyes forward and get on with it. And I think that's important as well, for like team morale. If we just sit and moan and cry... And of course, like today, I'm not happy with 18th, but there's no good being upset about it and not doing anything.

“So I think, as Lando said, it's going to require action and effort from all of us. But I think that should motivate us to do better and want to do better.

"And I know we believe that we can be obviously a lot further up the grid. So it's fuel for the fire. And it might be a slow burn for now. But that's all we can do to make things better." 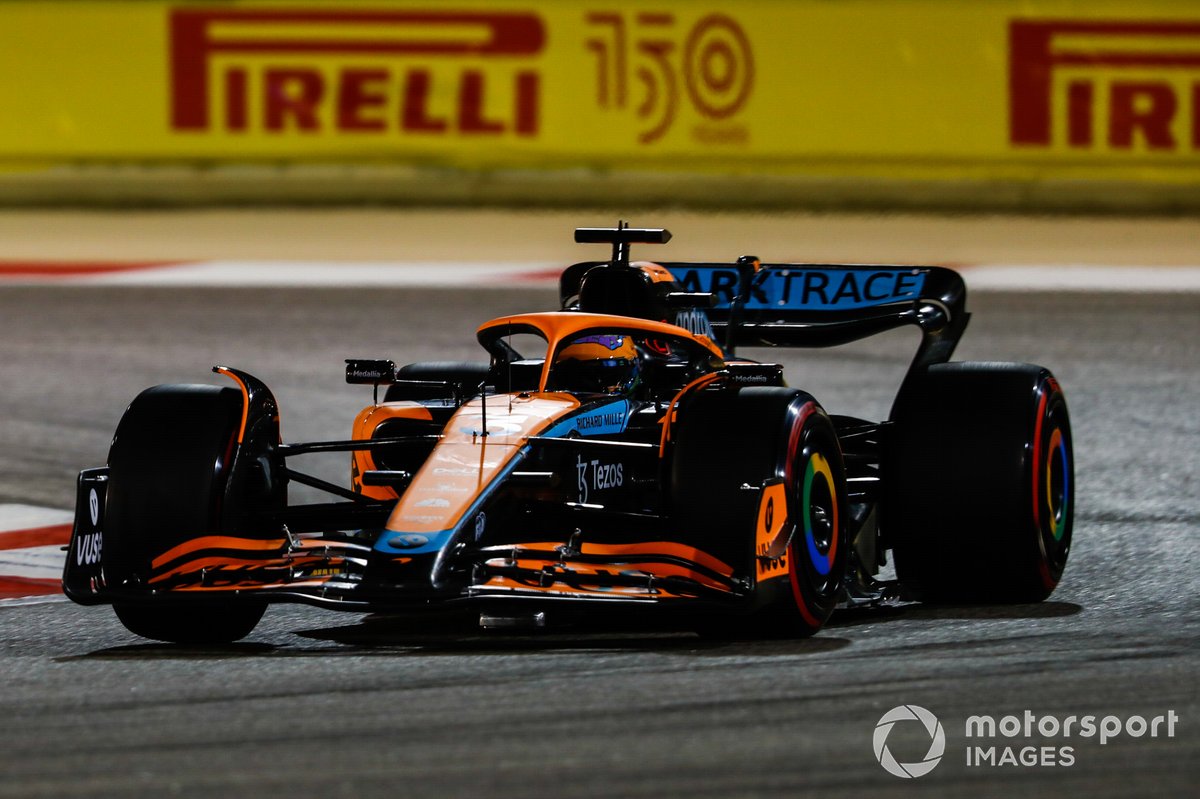 Asked if the car felt good to drive but simply wasn’t quick enough Norris conceded that it felt faster than the final results suggested.

“It's a bit of both,” he said. “It’s challenging to put a lap together. But then, at the same time, when you do put it together, you feel like you should be much higher than where you are, like the last lap I did in Q2 it was like a 1m32.0s or whatever it was.

“But it feels like I should be sixth, seventh, fifth, whatever, or pole! You're performing, you feel like you're extracting everything out of it, but you're just a long way off.

"So it's a little bit of both. It's harder to get it together. But when you do, you're also just not where you want to be.”

“Obviously, the cars are slower than last year,” said Ricciardo. “I mean that they are lower grip. So definitely I would say for now it is probably a little easier to make mistakes. So I think they are a little trickier to drive. And we're not obviously on the pace of the top few at the moment.

“We're just finding maybe a few more slides or lock ups or something a little more. But I still don't think it's easy for the top guys. It's just maybe they've got a little more forgiveness, but I think everyone's having their own wrestles with the car.

“I just watched Charles [Leclerc’s] on-board, and in turn six he has quite a moment in the high-speed. So no one's yet on rails.”

Ricciardo admitted that it had been hard for him to get up to speed after missing the test.

“From a physical health point of view I do feel okay now. So I don't attribute any results to COVID.

“I guess being let's say a step behind, obviously I'd love to say I could have found that step quickly. But it really was something that I didn't didn't recover in time, and kind of I'd find a bit, but then everyone else obviously found a bit.

“So yeah, it was tough to adapt with very different characteristics of this circuit, compared to Barcelona. I think if we would have raced in Barcelona, I would be more competitive. I'd like to think so like from the test.

“I don't want to say I was starting from scratch, but certainly a new set of challenges. So obviously it's unfortunate, but it is what it is, and what's done is done. So try and move forward.”