Lando Norris believes he has enjoyed an "almost perfect" first half of the 2021 Formula 1 season, only spoiled by a “frustrating” retirement last time out in Hungary.

McLaren driver Norris sits third in the drivers’ championship ahead of this weekend’s Belgian Grand Prix as F1 returns from its summer break.

Norris has already beaten his points total from last year and has three podiums to his name, with his only classified finish outside of the top five coming at the Spanish Grand Prix in May.

Norris missed out on a chance to add to his points haul in Hungary after being hit by Valtteri Bottas at Turn 1, forcing him to retire from the race early.

The Briton said it took him “a couple of hours” to get over the crash in Hungary, but that it was part of his learning experience in F1 to detach from incidents that were not his fault. 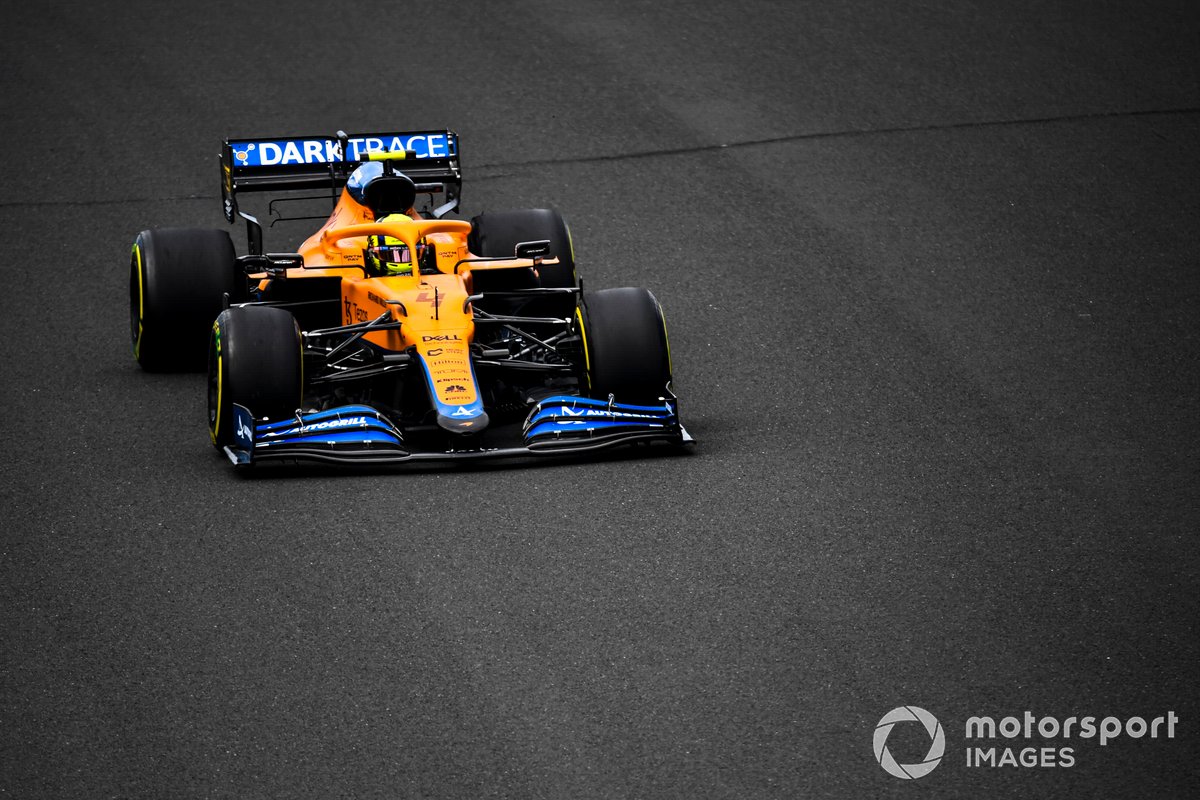 “It’s one of the things I've learned more within Formula 1 in a way, learning when things are in your control and when it's a mistake on yourself, or whether you're a bystander in an incident and there's nothing you could have done,” Norris said.

“It was frustrating, because a lot of other people got points we actually wanted to be ahead of. I was in P3 or P4 at the time. We could have had a very good result still.

“I did my job, I had a good qualifying [and] a good start to the race. [It] just didn't end the way we wanted to, but we had the test after that, and I had a nice holiday. So we'll try again this weekend.”

McLaren finds itself engaged in a close battle with Ferrari for third place in the constructors’ championship. The two teams are tied on points ahead of the Spa weekend after McLaren failed to score in Hungary.

Norris said that while McLaren had been able to capitalise on issues or errors for Mercedes and Red Bull ahead at points this year, the pressure from the teams behind would only see their threat grow.

“We had a very good first half of the season,” Norris said.

“We’re very capable of scoring good points every now and then, and capitalising on mistakes from the Red Bull and Mercedes cars ahead of us.

“But we're waiting to see. I think the weather could play a big part [at Spa]. Hopefully it can. I'm hoping for a bit of rain makes it a bit exciting every now and then.

“But to just try and get back in the rhythm of scoring some good points would be key.”