Andreas Seidl sees no reason to change Formula 1’s engine penalty regulations in the event of damage caused by rival teams, agreeing that it is “tough luck”.

Red Bull drivers Max Verstappen and Sergio Perez both look set to take grid penalties later this year after Honda revealed on Thursday that they had lost their second engines of the year to crash damage.

Verstappen’s engine was damaged in his 51G crash at Silverstone after clashing with Lewis Hamilton, while Perez’s engine was written off in the multi-car incident on the opening lap in Hungary.

It has left Red Bull frustrated as it braces for grid penalties later in the year despite the damage being no fault of its own.

Verstappen suggested on Thursday that the rules should be tweaked to allow teams to take extra parts without triggering a penalty if a rival was at fault for the incident.

But McLaren F1 boss Seidl said the idea of joker elements had been discussed in the past, only for it to be decided that it would be too difficult to judge what was and was not caused by crash damage.

“We always ended up with the same result, that it’s simply difficult to handle and work out what is genuine crash damage and what is not,” Seidl said when asked by Autosport if being forced to take extra engines because of crash damage was simply tough luck.

“Therefore, I think from our point of view, we’re happy with how the regulations are. It’s part of the game that we are in. 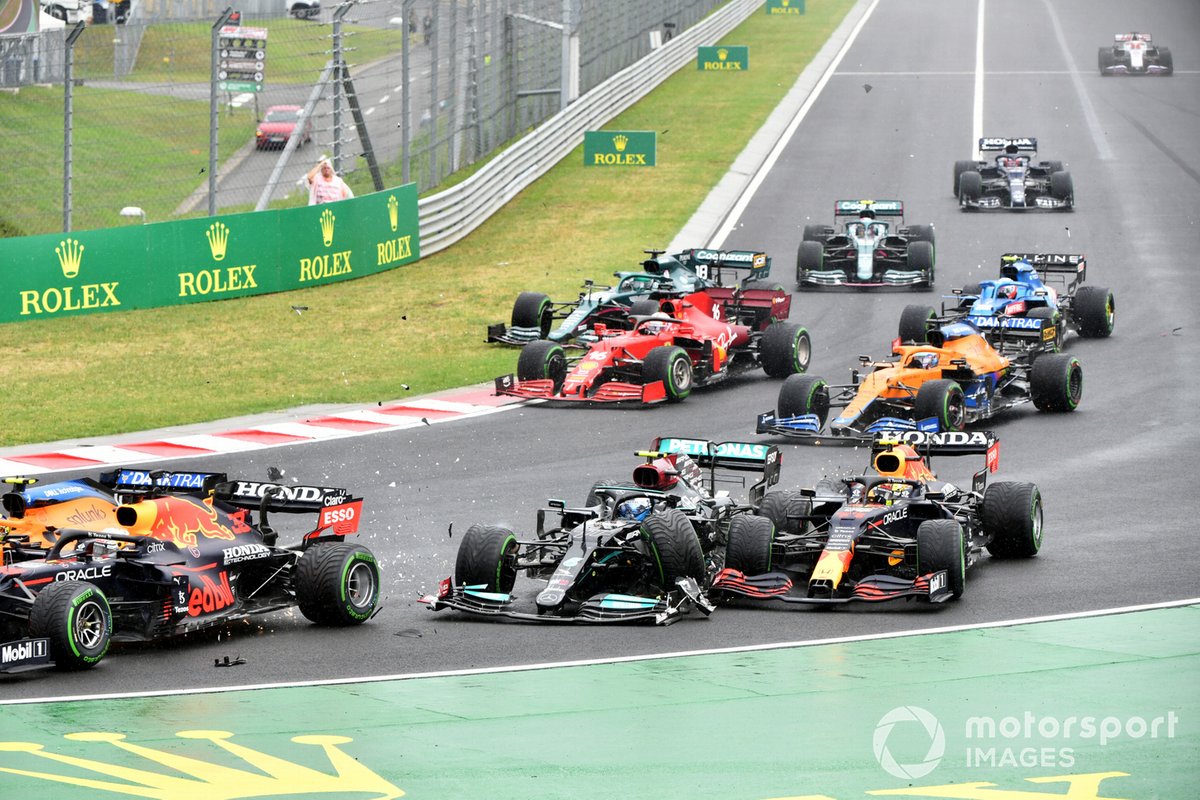 Seidl’s stance matched his feelings on a suggestion by Ferrari that guilty rivals should pay for crash damage now that F1 operates under a strict budget cap for the season.

Ferrari team principal Mattia Binotto said that it would make drivers “more responsible” for incidents, but Seidl was unmoved on the topic after expressing his opposition after the race in Hungary.

“The same is valid from my point of view on the budget cap topic,” Seidl said.

“The noise we’re getting, it’s coming from the usual protagonists and suspects.

“In the end, I think we had discussions at length when the cost cap was introduced, and never heard any one of these guys talk about the budget cap which is a non-crash budget cap, for example.

“That’s simply part of the challenge we are in. We need to calculate with a certain amount of budget when you start the year for either side, for reliability issues or crashes, and then you have to manage that going through the year.”