After being unable to complete any timed laps in the morning due to an electrical problem, Hulkenberg struggled with the handling of his car in the afternoon.

He finished down in 17th position, over two seconds off the pace, with balance and grip issues.

Hulkenberg admitted he was at a loss to explain why his car was handling so poorly.

"I don't know, I can't tell you at this moment. I'm scratching my head as well," he said.

"I'm a bit surprised with the car and a balance that I found and the grip in P2, which is very poor and far away from what I expected it to be.

"So we need to really investigate what's going on, because I'm sure something is not right.

"It felt really poor out there, not just that I'm struggling with the balance a lot and confidence in the car, but also the grip from the tyres what we get seems really odd and poor.

"It's far from ideal that we missed P1, because now we are like one step behind or two steps behind, because had we found that out in the morning we could have reacted already big time before P2, trying to fight it.

"We did not have that opportunity, so it's going to be difficult." 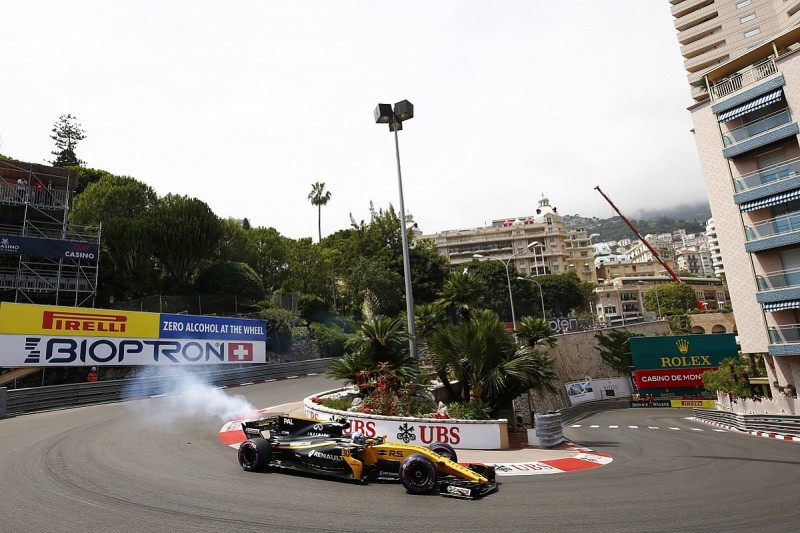 The Renault driver said he was struggling so much at the start of afternoon practice that he was ignoring his lap times.

"Straight from first run I felt like I'm not going anywhere. I wasn't even looking at my lap times initially, because I know they were terrible," said Hulkenberg.

"You feel it's just not there."

Renault's day was made worse by a Hulkenberg's team-mate Jolyon Palmer suffering an engine problem in practice two after just eight laps.

Palmer also felt there was something not working for Renault.

"I think we're not working the tyres very well, really," he said.

"We have a day to work out what's going wrong and I'm sure we can do something for Saturday."