After stepping away from F1 full-time at the end of the 2016 season, Button has been recalled by McLaren for the weekend to deputise for Fernando Alonso, who is contesting the Indianapolis 500.

Button turned his last F1 laps in Abu Dhabi last November, starting practice in Monaco without having driven one of the new-specification 2017 cars.

While he says heading out after that absence "felt very natural to start with", Button says understanding how to use the extra performance on offer took over in the afternoon session.

"In FP1, I found my feet pretty quickly, FP2 was a bit trickier because there was so much more grip and it's just very different to what I've experienced for the last seven years," he said.

"I'm braking for corners and I just feel like I'm going to be in the barriers.

"It's strange initially, but I'm definitely getting to grips with it.

"High-speed is so much fun, the first part of the Swimming Pool is flat - I can't remember the last time it was flat, it probably hasn't ever been for me.

"That's great, Turn 3 is a lot of fun as well, but there are braking areas where there's a lot of work still to do, to get confidence to brake hard. 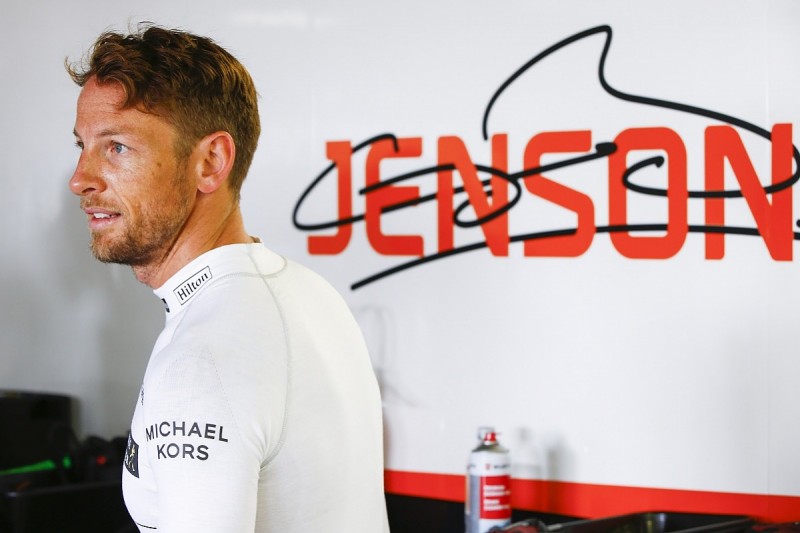 "It's the old beginners' thing. You brake early, you lift early, you turn in and accelerate early and you understeer off.

"There's a lot to come and hopefully I can sort myself out on Saturday morning after I've been through the data."

Button was 14th-fastest in the morning session and then 12th in the afternoon, finishing the day within 0.035 seconds of his rookie team-mate Stoffel Vandoorne.

A test in a Rallycross car and a start in the Race of Champions event, both in the USA and in January, are the extent of Button's 2017 mileage.

"I drove through Turn 5 and immediately I had a little giggle to myself that I was driving a Formula 1 car again, after seven months and it was around Monaco," he said.

"Lovely experience, really. But whatever happens this weekend, for most of it, it will be forgotten on Monday.

"The important thing is to enjoy what I do this weekend and that's it. Have fun and make some more memories for myself."