New regulations for 2014 reduced downforce, particularly at the rear of the car thanks to the loss of exhaust blowing, as well as introducing a 1.6-litre turbocharged V6 engine package that produced more power than the old 2.4-litre V8s.

"It's been a bit challenging," Hulkenberg told AUTOSPORT when asked about the difficulties of adapting driving style.

"It's harder because you can't push as hard anymore.

"With the downforce [in 2013] you could push easily and there was a safety margin when you overdid it that saved you.

"Now when you overdrive a bit, it's a lot easier to overdo it and lose the whole lap, although maybe that was just because our car was very peaky."

Although there was some criticism of the new power units, Hulkenberg believes that it is only the lack of noise compared to the old engines that lets them down.

"The engines are good and, driveability-wise the Mercedes engine has been awesome," said Hulkenberg.

"They have lots of power, the only struggle really is to put the power on the ground with the loss of downforce. 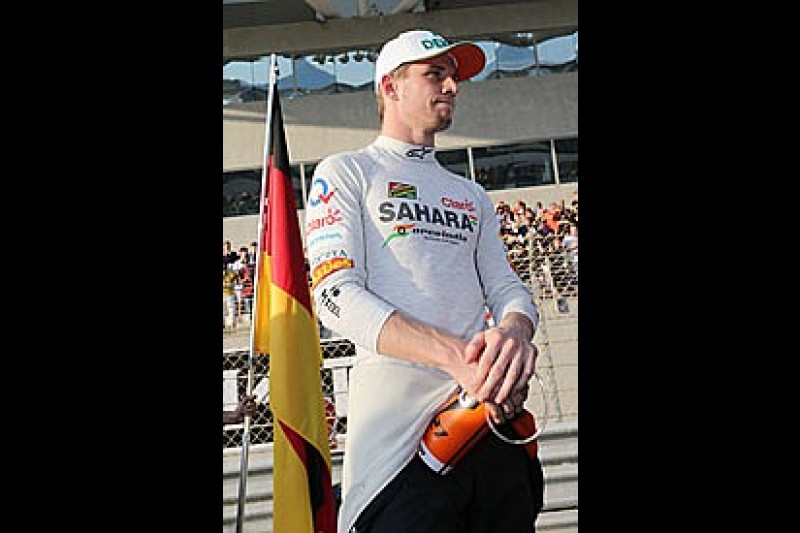 "What I personally miss is the noise and the sound, but otherwise the engines actually have more power than we used to have."

Hulkenberg believes that he was not at a disadvantage to Force India team-mate Sergio Perez during 2014 having made strides with his tyre management - an area where the Mexican had traditionally excelled.

Other than in Bahrain, where Perez finished third, two places ahead of him, Hulkenberg believes bad luck was more often to blame for not achieving strong results.

"With understanding the tyres and the driving style, it's an ongoing process," said Hulkenberg.

"There's always more stuff you can do better and learn as a driver and I think I improved during the course of the year.

"You have to be open-minded and look at it all the time to try and get even better.

"But it was only really in Bahrain [where I struggled compared to Perez]. In Austria I was compromised and after the weekend we found quite big issues with parts on the car and that's why my performance was quite down.

"Likewise, in Canada, I started on the opposite strategy to the top 10 but then the safety car came out.

"The second half of the year was not as smooth as the first half, and at Monza, for example, we had a part stuck in the floor and lost lots of downforce.

"There were quite a lot of races where there was a lot more potential."