Hulkenberg will take a three-place grid demotion this weekend at Suzuka as a punishment for colliding with Massa when the Williams was emerging from the pitlane at Marina Bay.

The Force India came off worst in the incident, going straight into the wall, while Massa continued before later encountering gearbox problems.

"He sent me an SMS to apologise, so it was nice," Massa told reporters at Suzuka on Thursday.

"Maybe he was too optimistic to close the door like that, but anyway it's OK and it's nice to have the message.

"He had a big chance to stay in front, because he could brake much later because his tyres were in a much better shape.

"If he stayed to the line on the right, then at the next corner it would've been in his favour.

"He just closed the door too early and didn't give any space for me."

Hulkenberg said he had watched the incident again and understood he could have left more space.

"I probably should have given him a bit more room, because he was on the inside and I had some space on the right," he said.

"Visibility is also difficult when you are alongside each other and I thought I was ahead enough, but I wasn't clearly, in hindsight, so we take the penalty here." 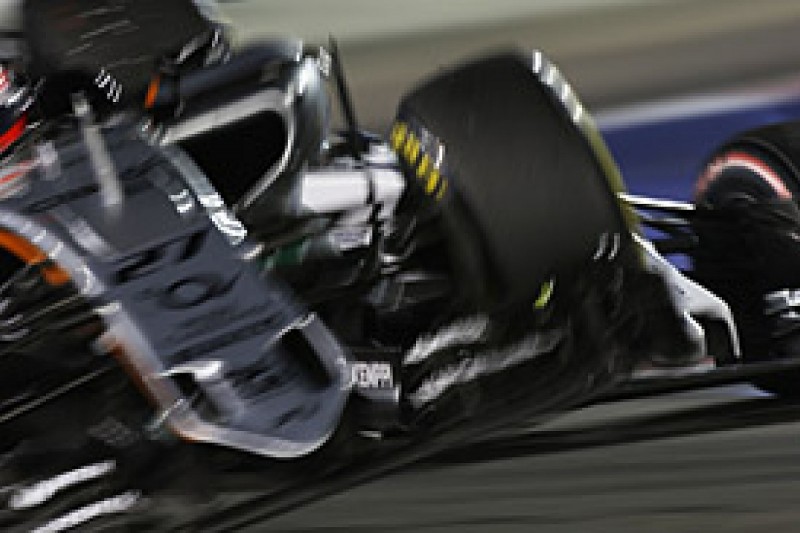 Massa felt Hulkenberg had better visibility for judging the situation than he did in the pit exit.

"When I left the pitlane and I'm doing the corner on the left I was in front," said the Brazilian.

"And on that angle it was impossible to see him, so I just saw him when I was already starting braking.

"I couldn't do anything because I was in front, and I couldn't see that there was a car there.