Adrian Newey believes Red Bull developed Max Verstappen’s 2021 Formula 1 title-winning car “arguably longer than we should have done”, leaving “a lot to do” for the new regulations.

Verstappen swept to his second world title in dominant fashion this year, scoring a record 15 wins through the season behind the wheel of the Red Bull RB18 car, while Red Bull also clinched its first constructors’ title since 2013.

The dominance of the RB18 came despite an extended development cycle for the RB16B in 2021, when Verstappen was engaged in a close fight for the championship with Mercedes rival Lewis Hamilton.

Many teams opted to end their development early in 2021 to focus on the overhauled regulations for 2022, but Red Bull opted to keep bringing updates to successfully help Verstappen’s title bid.

Red Bull was recognised for its success in Sunday’s Autosport Awards as the RB18 won International Racing Car of the Year, the gong being collected by Newey and the Red Bull technical team.

Newey said the success of the RB18 car had been “very special”, particularly given the late switch to focusing on 2022 that he thinks could perhaps have come sooner.

“We had quite a short development period, particularly because we kept developing last year’s car in the battle for the championship, arguably longer than we should have done,” Newey told Autosport after collecting the award.

“That gave us a lot to do over the winter. What we tried to focus on was getting the fundamentals of the car right as this year’s car, and then hoping that would give us the development potential to kind of refine it.

“That’s fortunately how it panned out.” 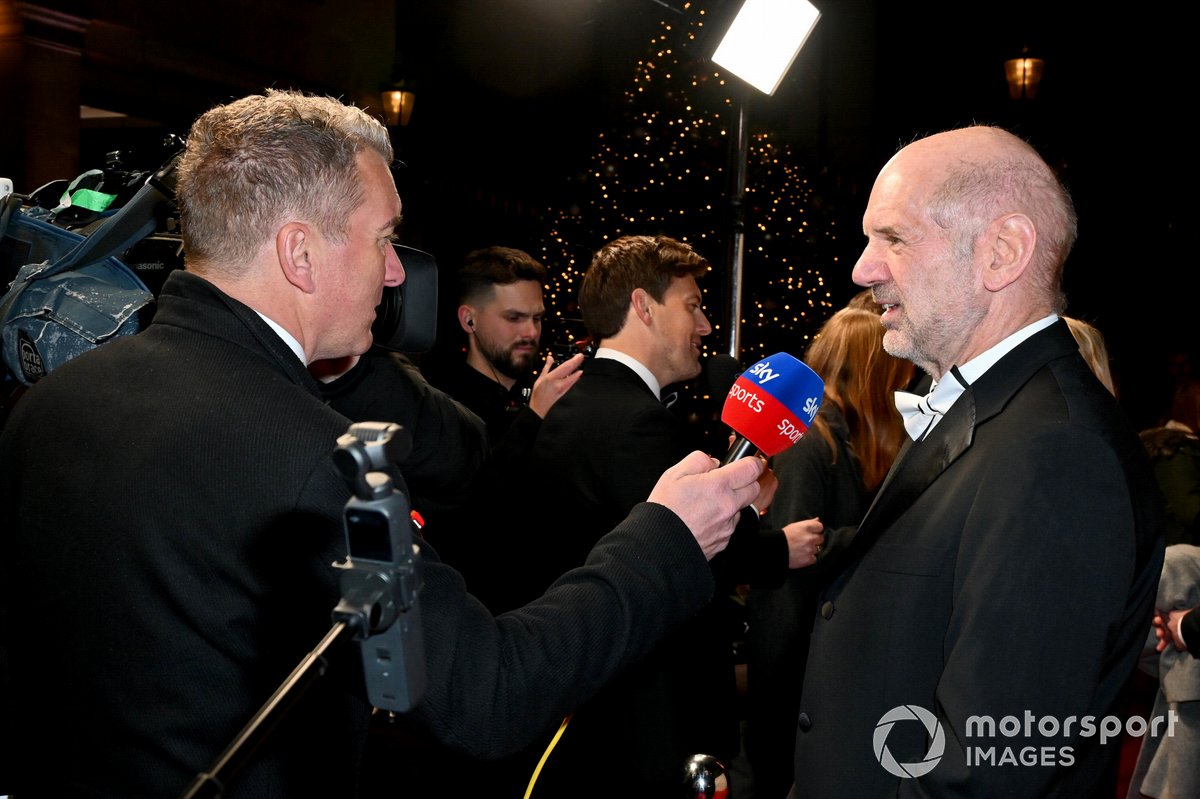 Adrian Newey OBE being interviewed on the red carpet

Red Bull fought neck-and-neck with Ferrari through the early part of the season, only for its in-season development to pull it comfortably clear as the quickest team after the summer break.

The team won 10 of the final 11 races, allowing both titles to be wrapped up early as it set a new record for point scored by a team in a single season.

Newey said on stage at Grosvenor House that he thought Ferrari was ahead through pre-season testing, but Red Bull’s focus was on making a car that would work well on all tracks.

“In reality, Ferrari, in pre-season, were probably quicker,” said Newey.

“We had a very good, effective first race upgrade. That made it very close, and then it was really a tight battle early on. Ferrari were quicker in some races, we were quicker in others.

“We learned from that and tried to make a well-rounded car for the second half of the season, to make sure that it worked on all circuits. I think we all collectively did a decent job there.”