Liberty Media's recent push to stage a race in the UK capital city had raised doubt over whether or not Silverstone would sign a renewed contract.

But on Wednesday a new five-year deal was announced, which will keep the Northamptonshire venue on the F1 calendar until "at least" 2024.

That deal includes provisions that will 'protect the interests' of Silverstone, should a second British race be signed off.

John Grant - chairman of the British Racing Drivers' Club, which owns the circuit - said he was in favour trying to open F1 up to a wider fanbase.

"We recognise Formula 1's desire to have destination city races, and frankly if that brings a new audience to Formula 1 I think that's in general a good thing," he said.

"Of course, we are concerned about the commercial threat to us having a competitor event just on our doorstep, and so we've had very frank and open discussions with our friends in Formula 1 about that.

"They understand those concerns and I think it's fair to say we've come up with a modus operandi, a set of arrangements, that protect our interests to our satisfaction should that London event ever actually become a reality." 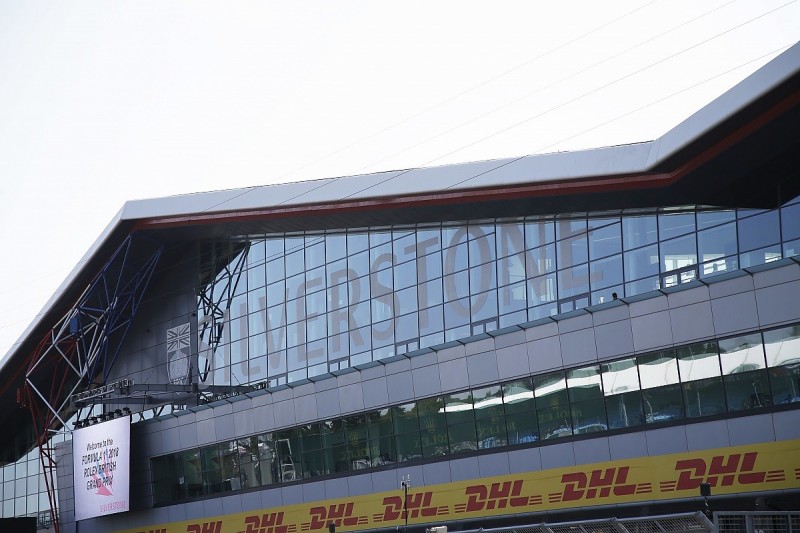 Although Grant would not be drawn on the terms of those protective measures, he did suggest that the two British races would be spaced out on the F1 calendar to allow them to coexist.

"We're not going into any of our commercial arrangements," he said.

"But we think there is room for the two races to coexist side-by-side as long as they had sufficient separation in time and as long as our commercial interests are recognised in some reasonably flexible way.

Chase Carey, the CEO of F1, reiterated that discussions with city officials about holding a London race were still taking place.

He said: "We have interest from a lot of places, and obviously it's been well reported that we have discussions ongoing in London.

"I think we look forward to continuing to have those discussions.

"It would be a different experience, and we'll see where they take us.

"Certainly, in the short term our focus is purely here on Silverstone to really make sure we continue to build on what is a truly great event."

How the "disastrous" loss of the British GP was avoided