The Finn plunged from second on the grid to last at the start of the race after difficulty with the Ferrari's clutch.

He recovered to fifth place, overtaking 10 cars on track and gaining the other places through problems for rivals.

"On other occasions this year it's been very hard to overtake most of those cars," said Raikkonen.

"[At Monza] it was not easy to overtake, but we could get through them, especially the Force Indias, which were very fast in a straight line.

"I expected it to be a bit more difficult, so overall I was quite positively surprised how we got through them.

"In an ideal world I wouldn't really want to be there to overtake them, but at least we could make progress and not get stuck behind people like quite a few times this year."

Raikkonen said the engine upgrade - which involved the spending of three development tokens - was relatively small but useful for Monza in particular.

"It's a small step in the right direction," he said.

"We would never use those things if we didn't think it would help us.

"It's not a big, big step but it's going in the right way.

"Definitely at this kind of circuit, where it's about speed and power, it seemed to help us.

"We have to be happy with what we have done because we expected it to be a bit more difficult before we came here." 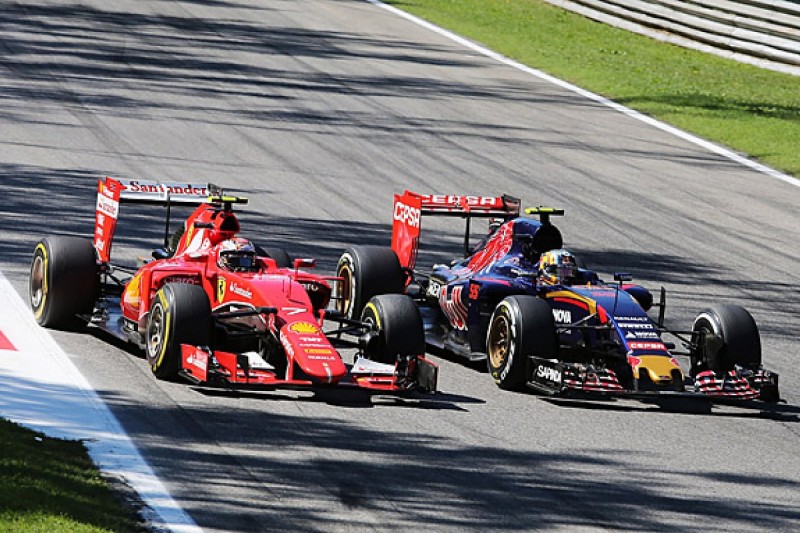