Following a summit of major manufacturers – including Mercedes, Ferrari, Renault, Audi and Porsche – at last weekend’s Austrian Grand Prix to discuss the new rules, an outline concept of what F1 should look at was discussed.

And while the specifics will take many months to formulate, Wolff says that F1 is doing the right thing in sticking with turbo hybrid power units that run on fully sustainable fuel.

Speaking at the FIA Conference in Monaco on Monday, Wolff said that there was consensus that F1 could not go back to loud combustion engines.

“The discussion was ‘what are we doing in the future in terms of engine’, because we want to save costs, so we don't want to reinvent the wheel,” he said.

“But we also want to have an engine that is relevant from 2025 to 2030, and we can't be old petrol heads with screaming engines when everybody expects us to be going electric.

“So these engines are still going to be fuelled. We are staying with the current V6 format, but the electric component is going to massively increase.”

F1's current power units feature both an MGU-K and an MGU-H, but there have suggestions the series may abandon the MGU-H because of its cost and complexity. That would then open the door for a more powerful kinetic component to be used.

One of the core components of the new hybrid generation of engines will be running on sustainable fuels, which car manufacturers believe will be hugely important with cars continuing to use combustion engines for many years to come. 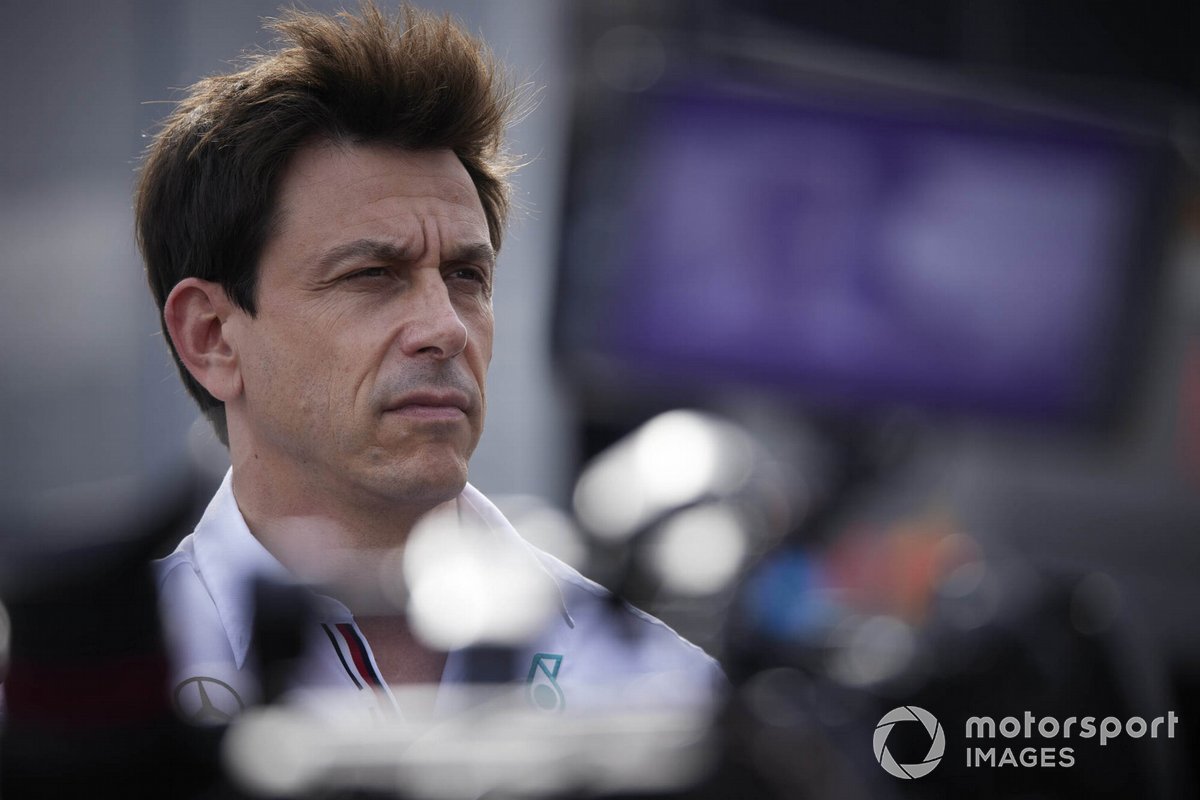 Wolff added: “Why we are staying with the internal combustion engine is that we believe that the fuel is going to be with us for a long time.

“In Europe we may have the ambitious targets of having electrical mobility as part of our daily life by 2030, and I can see at Mercedes how ambitious the targets are, but in the rest of the world, we will have millions of vehicles that would still run on fuel.

“For Mercedes cars itself, we believe that we will have several million vehicles in the world that will still run on fuels. So what we can contribute with our innovation is to help them to develop sustainable fuels: be it biofuels or be it synthetic fuels.

“Our cars will run on 100 percent sustainable fuels by 2025, and this is how we will contribute to the reduction to the world's CO2 emissions.”

Wolff said there was growing evidence that F1’s innovation in finding sustainable solutions and driving the technology forward was attractive to the younger generation of fans.

“If you look at F1 today and large audiences that follow us, especially the younger audiences, our strongest growing group is the 15 to 35-years-old,” he said.

“I was in Austria this last weekend, it wasn't so great on the track, but it was impressive to see a full house. We had 115,000 spectators. And what I've seen is a younger audience like never before in Formula 1.

“And I believe for these younger audiences, Formula 1, and we made a survey, stands for innovation and high tech. We may be going a little bit away from gladiators.

“But the kids in the younger generation see it as flying fighter jets around the race track, so we must never forget that high tech innovation is part of our DNA.”