Juan Pablo Montoya believes it is “crazy” to penalise Formula 1 drivers for defending moves from around the outside after three incidents in Sunday’s Austrian Grand Prix.

Lando Norris was hit with a five-second time penalty after he was deemed to have forced Sergio Perez off-track when fighting for position shortly after the safety car restart at the Red Bull Ring.

Perez tried passing Norris around the outside at Turn 4, only for Norris to squeeze the Red Bull driver out. It caused Perez to touch the gravel and drop from third to 10th.

The penalty was criticised by both McLaren and Red Bull, but FIA race director Michael Masi said that Norris had failed to leave a car’s width as required in the regulations.

Perez would later be on the receiving end of the same sanction, receiving two five-second penalties for separate incidents with Charles Leclerc at Turn 4 and Turn 6 when the Ferrari driver tried passing around the outside.

Ex-McLaren and Williams F1 driver Montoya felt that drivers who tried moves around the outside of corners should be aware of the possible consequences.

“What happened in the race, in my opinion… I mean, why is it a penalty, because there’s gravel?” Montoya told Motorsport TV Live after Sunday’s race.

“If there’s a run-off, is it not a penalty? If somebody drives somebody over a banana and off the race track, why is there not a penalty and why in Turn 4 is there a penalty? Because it was gravel? Anybody that you are side by side with and pushes you off the track should get a penalty?

“I don’t know. I think it’s crazy. In my opinion, if I was the deciding person, I would say that if you were on the outside, you have no business being on the outside, and that’s been taught from the karting days.

“Unless they change the mentality on the karting and the small formulas, how they do things, it’s very difficult. All these kids grew up [being told] that if somebody tries to pass you around the outside, you drive them off the fricking race track! And you have to!

“So what do you expect? Why do you get mad if you go around the outside?

“The best example is Sergio. Sergio got dropped to the grass because he was on the outside, and then things inverted, and he was the guy on the inside, and he dropped the guy to the outside.” 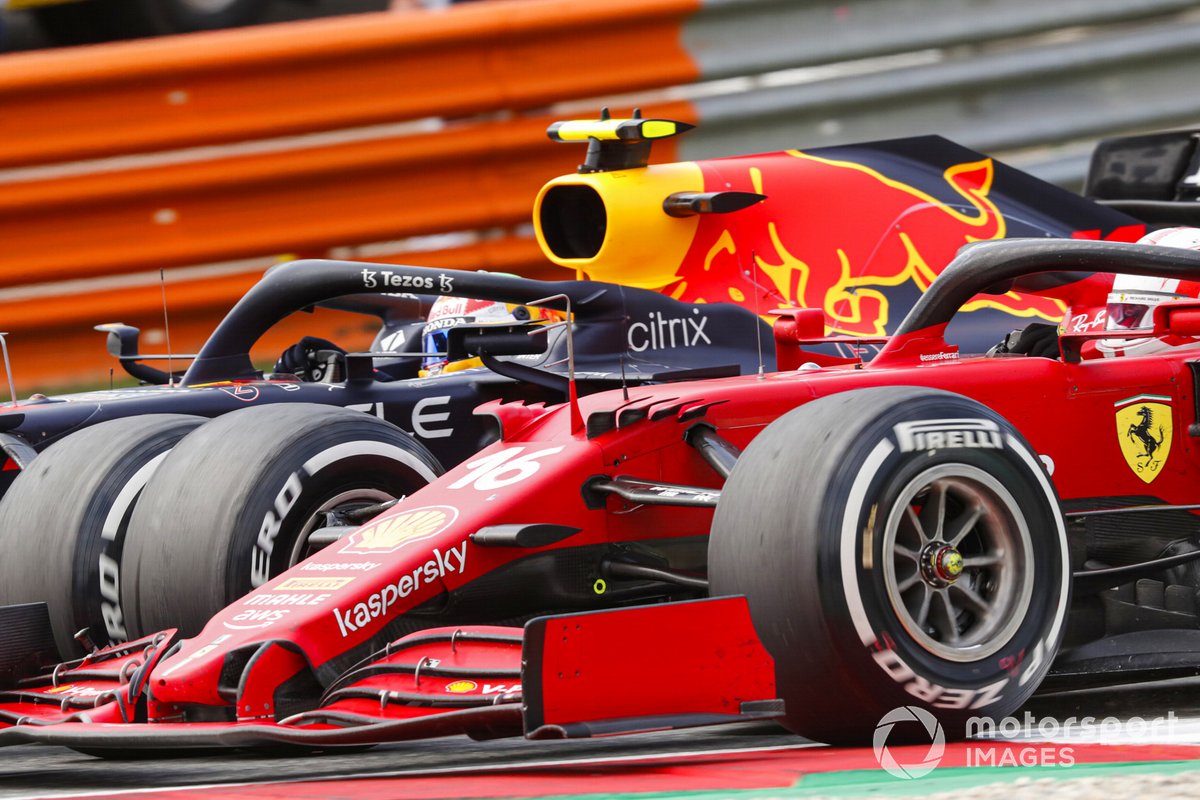 Two-time Indianapolis 500 winner Montoya felt that the FIA needed to make the rules clearer for drivers about wheel-to-wheel battles, but acknowledged the grey area in what defined cars being side-by-side.

“I think the hard thing is, it’s either the drivers have control and they go and let us race, or the stewards go, oh no, you need to share a space,” Montoya said.

“If you need to share a space, then you need to define, OK, half of the car is there, so you’re side-by-side, when do you need to give space?

“It becomes again a judgement call, and when you have a judgement call, this is when everybody gets really, really unhappy, because [they’ll say] ‘oh, I thought I was there’, and somebody else is going to say, ‘no, you were not far enough, you were missing that much’."