The young British driver’s sanction for forcing Sergio Perez wide at the Austrian Grand Prix means he has now totted up 10 penalty points on his licence – with a driver being banned for an event if they get to 12 points over a 12-month period.

Although Norris will lose two points prior to the British Grand Prix, taking him back down to eight, McLaren is not happy with the situation.

Seidl suggests that the licence system needs a good look at, because it should not be that drivers like Norris are at risk of being banned through the totting up of non-dangerous moves.

“From my point of view, it needs a review,” he said. “I think we all agree that for an incident like [in Austria] getting a race ban as a consequence, can’t be the right thing.”

Seidl was far from impressed about the decision by the FIA stewards for Norris to be given a penalty at the Red Bull Ring for the incident with Sergio Perez.

In particular, he is baffled about why driver steward Derek Warwick did not simply rule it as just hard racing.

“To be honest I don’t understand why he gets a penalty there,” added Seidl. “That is for me racing, and racing that we all want to see. 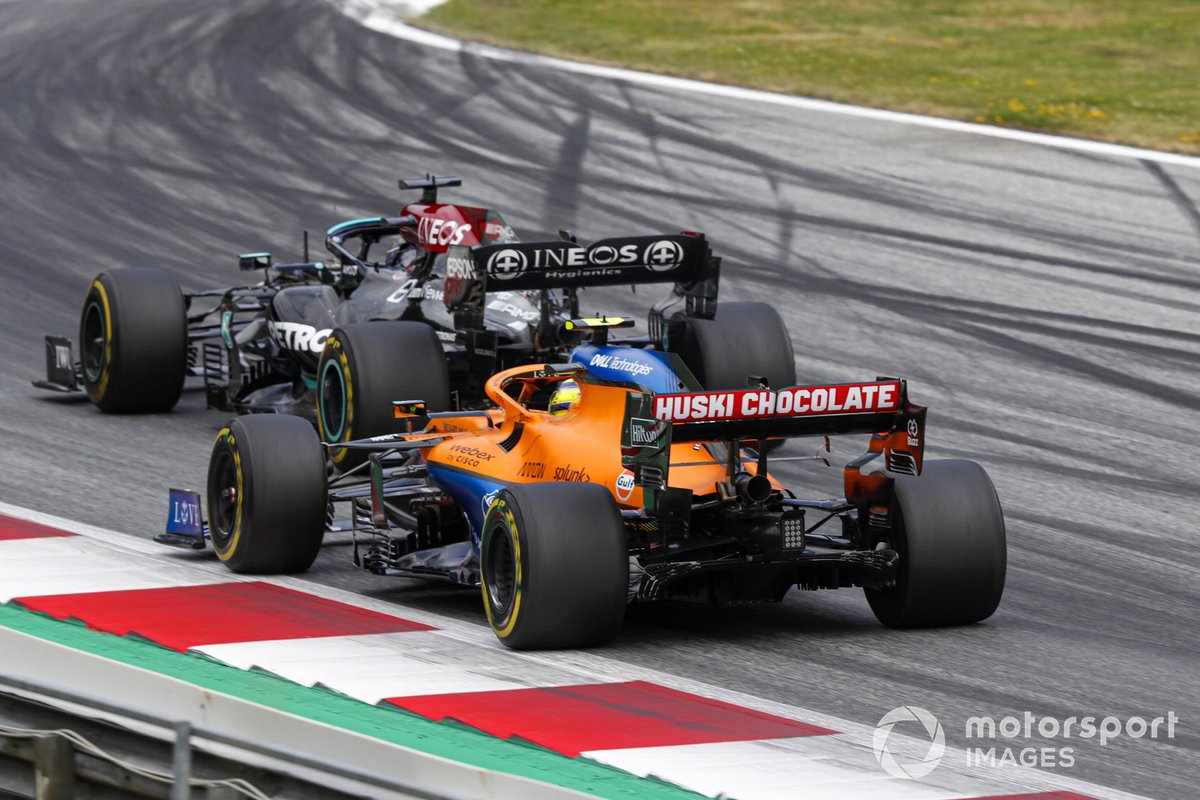 “I don’t think that Lando did anything wrong. It was in addition at the beginning of the race, where everyone needs to settle in first, and he was just going on his racing line.

“He didn’t do anything stupid and didn’t do some dive bombing or whatever. He was always parallel to him or even slightly ahead of Checo. So honestly, I don’t understand.

“I also don’t understand why, for example, a driver steward doesn’t bring more across there, on what’s actually going on there, in this first race lap for a race driver. So it will be interesting what we hear from Michael [Masi] on this.”

In a reference to Masi explaining why Norris was punished at this year’s Azerbaijan Grand Prix for not going straight into the pits when a red flag came out – rules that everyone knows from karting – Seidl suggests that there are racing lessons that drivers know since their junior times too.

“Speaking in Michael’s words, every go-kart driver knows that if you go there to the outside in the first race lap, you will end up in the gravel," explained Seidl.

"You can’t complain about the guy that was on the racing line.

“It’s a shame, because it cost us probably P2. But in addition to that, Lando gets two penalty points for something like that, which brings him again closer to get a race ban.

“To be honest is something that needs further thought overall, if it’s that right system that we’re having in place here.”