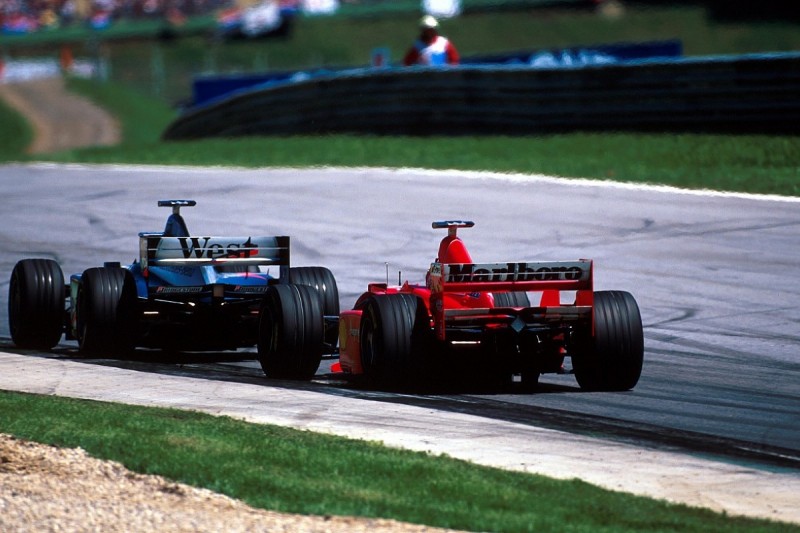 Hakkinen raced in F1 from 1991 to 2001, a period in which F1 mostly had a single tyre supplier, but his '98 title came with McLaren on Bridgestones and rival Ferrari using Goodyear.

The double world champion was back in the F1 paddock in Japan last weekend, having demonstrated his 1998 McLaren as part of the 20th anniversary celebrations of his first title.

He said that as he "cannot change it, it's better not to focus too much", but admitted he would like to see current tyre supplier Pirelli have a rival.

Pirelli has been the exclusive manufacturer since 2011, while F1 has not had two tyre manufacturers since 2006 and will remain a single-supplier series until 2024.

"There is no competition - there should be other manufacturers out there, that way the competition comes up," said Hakkinen.

"When I speak to the drivers I have understood the tyres go on a certain peak and if you push even a little further they just overheat.

"It's not a criticism of what Pirelli's doing, it's just a fact that there should be competition.

"If you only have one driver driving out there it's the same thing.

Hakkinen's other recommendation for modern F1 was to provide more track time for rookies.

The Finn graduated to F1 from Formula 3 with Lotus for 1991, with minimal testing experience, but spent most of '93 on the sidelines as McLaren's test driver. 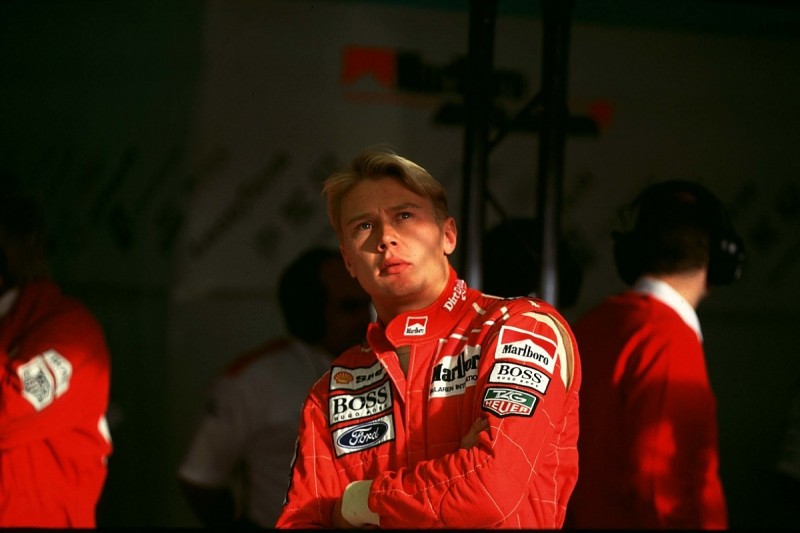 That paved the way for the race seat with the team he spent the remainder of his F1 career with.

On-track testing opportunities are limited in the modern era, with most of the development conducted via simulation.

Hakkinen said: "[For] young drivers that come into F1 it's quite challenging because there is no testing.

"In my opinion it could be much more useful if the young drivers can test and develop themselves.

"Whatever sport you do, if you cannot practice, how do you improve?

"Of course the technical side of the cars, how do you develop the engine and chassis if you're not allowed to test?

"Yes, of course you can go into computers and simulations but they are not in a real world."

The email that led to a Mercedes fightback

How Hakkinen gave Senna a wake-up call in 1993