The left/right complex, which features two apex kerbs, is approached by drivers coming off the high speed Turn 18 kink just before the start/finish straight.

As of Thursday afternoon the FIA had still not painted the line or fitted the sign that marked the beginning of the 80km/h speed limit zone, and which would oblige drivers to slow down before tackling it.

It was originally going to be placed after the chicane and at the start of the pitlane proper, but after a track inspection race director Niels Wittich decided to place it just before the chicane for safety reasons.

The white line was painted on Thursday night, and the speed limit sign added on Friday morning.

However even with the 80km/h limit imposed the complex could still be tricky if a driver has awkward contact with the kerbs and is pitched into the inside of the pit wall on the left.

“It is tight, but it depends how much we can cut,” said AlphaTauri driver Pierre Gasly.

“I've practised in the simulator, we've done kind of not taking the piss with track limits, but really maximising the track limits, and then it makes it things easier.

“If we can't cross any white lines, then for sure, it's going to be quite challenging.”

Gasly's team-mate Yuki Tsunoda said he was pleased that the pit entry chicane has kerbs instead of just lines that might be easier for drivers to cut across.

“I think in terms of consistency, or to make it more fair, I think it's a good thing to have.

"Of course, if you ride on the kerb too much, you just bounce out, and you go over the white line, and you have a penalty.

“For me it's good, it's really tight, but anyways, you have to slow down. So I think that's the chicane is quite good.” 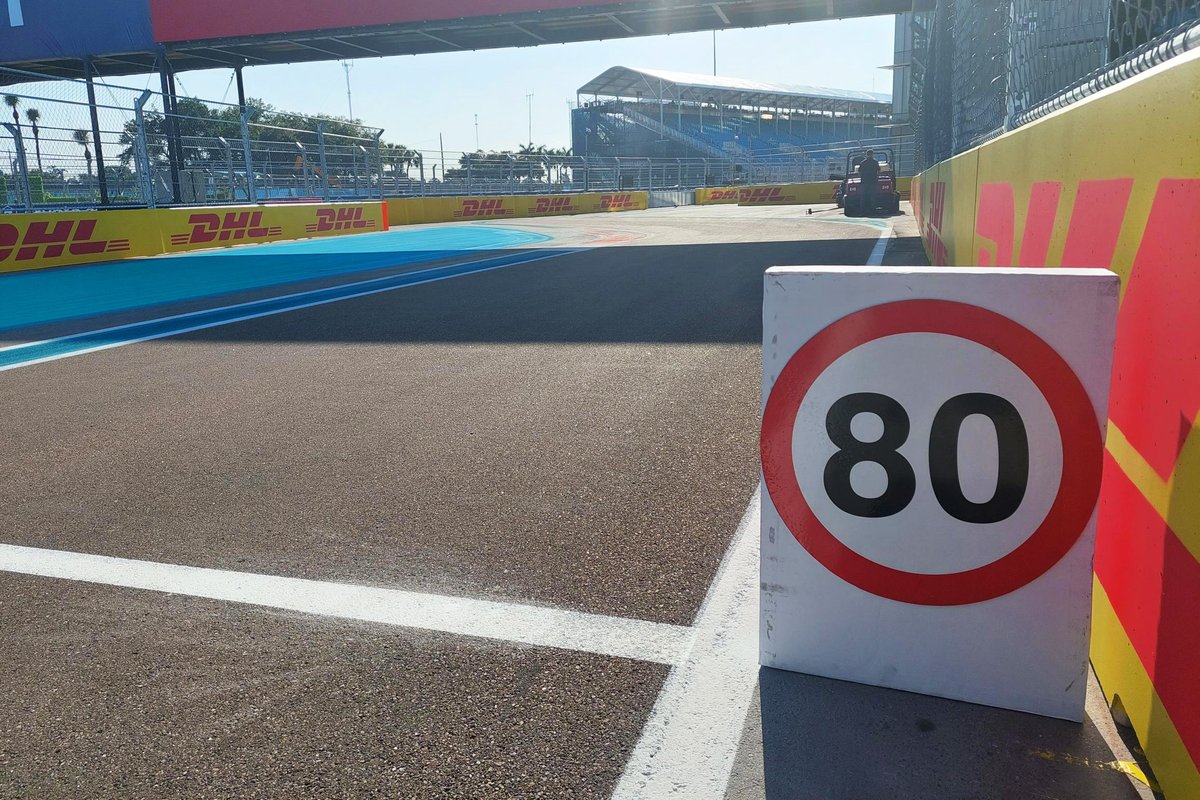 Asked if he expects to see drivers make mistakes he said: “It depends on how you push in pit entry, it's better to push in the track rather than outside of the track. So for me, I don't think you will have many mistakes there.”

Haas drivers Kevin Magnussen and Mick Schumacher acknowledged that having the speed limit imposed before the chicane would make it easier.

"I don't know where they're going to put the 80kmh board,” said the Dane.

“If it's after that, then it's going be a pretty full on. But I reckon they're going to put it before.”

"I think it's just a matter of having drivers go flat out through it,” added Schumacher. “So we'll have to see how it goes.

“Luckily, it's not a sprint qualifying event, so we do have the time in FP1, FP2 and FP3 to get on top of it and understand if there's change necessary or not.

"I think with the 80km/h speed limit I think you will be able to go through it with no problem.”