Mexico's Formula 1 promoter says there is no chance he will accept a date switch to June, despite a push from the United States organisers to split their grands prix

For the past three years, the races at Austin and Mexico City have been placed back-to-back on the F1 schedule.

But Austin promoter Bobby Epstein has repeatedly called for the events to be separated, because he thinks it will help boost attendance at his race.

Speaking to Reuters earlier this month, Epstein recommended Mexico could be shifted to June and be twinned with Canada.

"It would certainly be better for the promoter if the races were further apart on the calendar," he said. "Mexico with Canada. We'd be with Brazil."

But Mexican GP organiser Alejandro Soberon has ruled out that possibility, and said that the wet weather in June would make it impossible for him to accept a date then.

"Bobby is a fantastic guy and I love him. I think he has a good idea to separate the races, but I think Bobby should move back to June, which would be great for him," he said.

"It would make more sense to have Canada and the United States together, because they are closer.

"They can do it in June and they can even make a package together to sell tickets for both races.

"I have a lot of respect for Bobby and what he is doing in Austin, but for us it is impossible to move to June because it is rainy season.

"We are happy with the date we have. I have a lot of sympathy for him but we cannot move to June.

"It [the October date] has become a big festival in the city, and overall you cannot have a good experience if the weekend is so rainy." 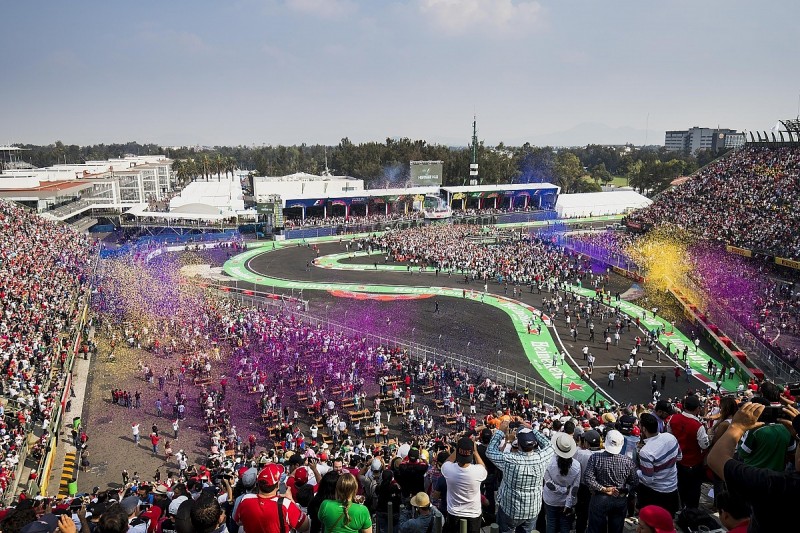 The Mexican GP is currently in the third year of its five-year contract with F1, and the huge success of the event - which was again a sell-out last weekend - makes it a no-brainer for the deal to be extended.

Soberon expects discussions to open next year, once a general election in Mexico has taken place.

"The race has brought tremendous profile for the country, and a good economical impact," he said.

"There is going to be a new government and then we need to sit down and have a conversation with them and F1 about the possibility to extend it."