Among the accolades flying around this week after Lewis Hamilton clinched his fourth Formula 1 world championship, his third with Mercedes, perhaps the most significant achievement is less remarked upon

This was the first time that the F1 drivers' and constructors' championships have been successfully defended by a team across a major change of chassis regulations.

When one considers that in recent F1 history rule changes have tended to be introduced in order to end a period of dominance by one team, Mercedes' achievement is all the more remarkable.

It is certainly not lost on the team members, for whom this is the greatest source of pride in this year's results.

Ferrari's long dominant spell in the Jean Todt/Ross Brawn/Michael Schumacher era came to an end with a major change of tyre regulations for 2005, which played into the hands of Renault - which won in 2005 and '06 - and its supplier Michelin.

Red Bull was the master of the exhaust blown diffuser in the V8 engined era, but when hybrid turbos were introduced in 2014 along with a ban on exhaust blowing it lost it dominance.

Not much will change for 2018, apart from the challenge for aerodynamicists of incorporating the controversial 'halo' device, aimed at improving driver head protection.

With F1 being engine dominated since 2014, we will also see a convergence of engine performance gradually towards the new regulations for 2021, which were outlined on Tuesday.

Ferrari had a strong car this year and failed to win the world championship through a combination of reliability issues on the power unit and errors by lead driver Sebastian Vettel, which cost points.

There is a post-mortem going on in Italy now and Vettel's nervousness under pressure, especially at the start in Singapore and Mexico, is in the spotlight, as well as his actions in Baku - where he angrily drove into Hamilton behind the safety car. 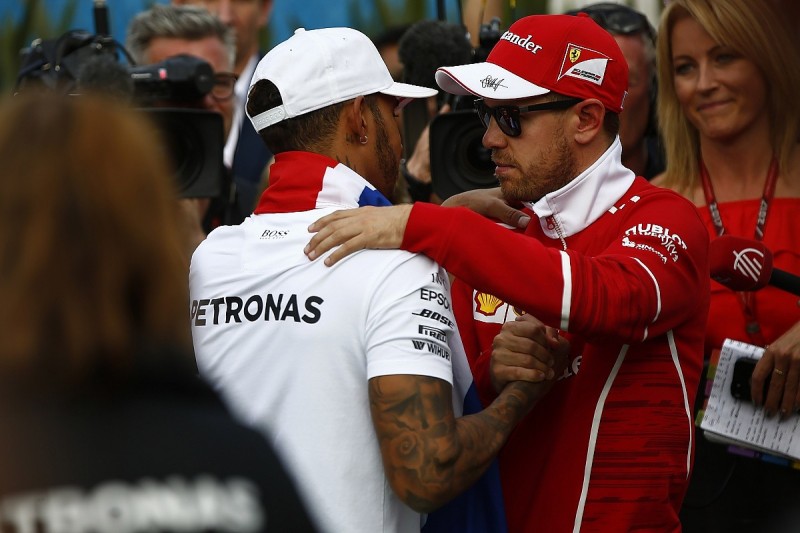 Mind games have played their part in Hamilton's success this year; Hamilton can be seen winding Vettel up in the Mexico drivers' briefing on F1's Facebook page and it's an interesting cameo of their relationship.

Hamilton was the victim of the mind games from team-mate Nico Rosberg in 2016, which was part of the reason he eventually lost to him.

To beat Hamilton and Mercedes next season, as well as Max Verstappen and Daniel Ricciardo in Red Bulls, Ferrari and Vettel will need to be at their absolute best from the outset and execute perfectly on preparation, qualifying and race strategy to get the title.

So far there have been no recriminations, but it's not hard to detect an undercurrent of concern about Vettel's ability to deliver for Ferrari. That will be one of the most interesting things to observe next season.

Meanwhile Mercedes boss Toto Wolff has spoken about the turning point meeting he had with Hamilton after he lost the title to Rosberg in Abu Dhabi last year and was furious that the team issued team orders that he should speed up, when his only chance to win was to back Rosberg up into the pack behind.

For Wolff, the roots of Hamilton's 2017 title success are in that 'kitchen table' meeting.

"After a difficult moment in Abu Dhabi last year, we had a long evening in my kitchen, during the course of which we aired all the frustrations and issues that had grown over the years and got them out of the way," said Wolff.

"I think that we both felt a sense of relief, and that was when the relationship went to the next level.

"He went off into the winter break, and he came back with a great mindset. He has grown stronger over the year.

"The relationship with Valtteri is also an important factor. We have a great spirit within the team. That was an important piece of the jigsaw.

"I've been working with him [Hamilton] for five years now, and I've never seen him operate at such a high level.

"The raw pace is spectacular. He understands the tyres and the ability of the car which, at times, hasn't been easy to drive.

"I haven't seen such a sustained performance on that level before." 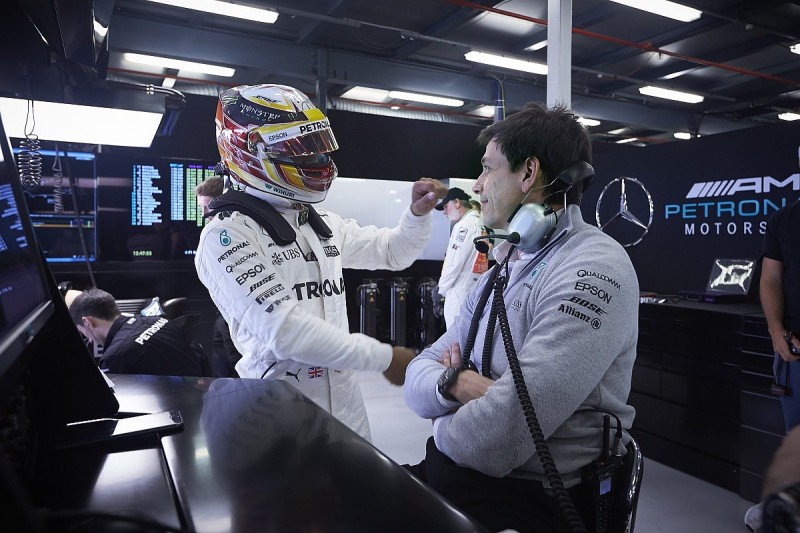