The Mexican Grand Prix organiser has announced the race will remain on the Formula 1 calendar beyond the end of its current contract, which runs out after this year's event

Along with the British, Spanish, Italian and German Grands Prix, the Mexico race was one of five Grands Prix that came up for contract renewal this year, and whose promoter has been in negotiation with the F1 organisation.

The withdrawal of significant public funding meant that the race's future was under serious threat, despite the huge crowds it has attracted since returning to the calendar in 2015 - thanks largely to the presence of Sergio Perez.

An official announcement will be made at the mayor's office on Thursday, which will coincide with Liberty's release of its quarterly financial results.

Sources suggest the deal is for three years, rather than the five of the existing contract. 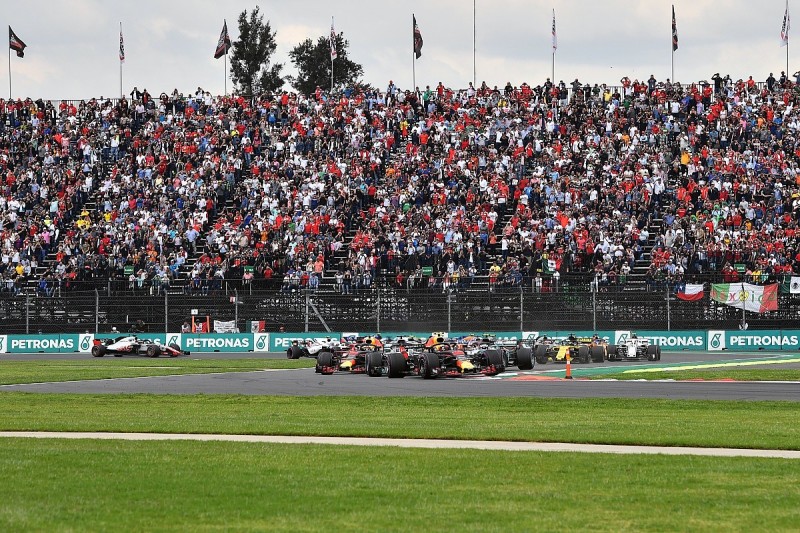 A statement released via the race's official Twitter feed on Wednesday said: "The City of Mexico's #FIESTA will continue! Thanks for being the best fans on the planet. Stay tuned on our social channels tomorrow to know all the details."

The news was confirmed in a video by Mexico City mayor Claudia Sheinbaum, who assumed office in December.

"I want to share some good news that I just received," she said.

"Formula 1 is staying in Mexico City. The FIA president is going to be here tomorrow to sign it. This is good news for the city.

"I also want to tell you that this is thanks to a group of businessmen who made this possible because this time the city is not using any public funds.

"It's good news for the city. It brings tourism, it brings income, and it's also good for the country."

The British Grand Prix is currently the only one of the five originally out-of-contract races to have formally confirmed a new deal.

However, the Italian and Spanish GPs are also both set be renewed, meaning only Germany is likely to fall off the calendar.